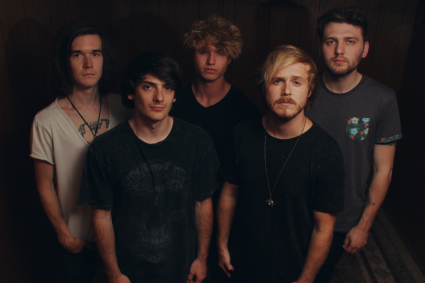 Ohio-based rock band Alteras will be making their debut for Revival Recordings with their full length album Grief. With a style based in post-hardcore, Alteras, consisting of Jake Classen, Jordan Woolley, Mike Dulay, Zack Orr, and Seth Donchess, are known for their metal-influenced instrumentation and mix of clean and screamed vocals. With emotional lyrics being prevalent in their music, Alteras have taken an interesting approach with their latest record with the center of attention revolving around, for obvious reasons, the concept of grief. With a genre that tends to divide many music fans, it can be difficult to find a middle ground that can be enjoyable to a wider array of people, but Alteras might have found that sweet spot.

When the album starts off, one of the key factors that stands out is Jake Clasen’s unique vocals. Clasen’s clean vocal performances give the band a different sound that is able to make them stand out. Clasen’s vocal chops are best showcased on more stripped down tracks such as “Could Ever Love” and “Black Box.” With a quieter sound, Alteras are able to show a solid emotional presence that helps give them a more memorable style. Things aren’t always toned down on the album however, considering that the pace is picked up more often than not throughout the project’s entirety. Often times, the band steps up their momentum and takes their sound in a heavier direction. With a pairing of metal riffs and harsh vocals on tracks like “Broke” and “After All,” Alteras focus on a more hard rock sound throughout the majority of the album, though the results are a bit hit or miss. At times, their sound will work well and form a genuinely pulsating environment like with the aforementioned “Broke” but after a while the soundscape gets rather predictable. The songs themselves aren’t poorly performed, but after the album hits the halfway mark, the formula that the band has laid out becomes quite evident. Each track follows the standard pattern of: metal rhythm guitar, screamed vocals, and catchy chorus featuring clean singing. Again, the tracks aren’t put together in an undesirable fashion, but it makes the album feel slightly stale after an extended period.

This trend doesn’t continue throughout the entirety of the record though, as Grief makes the interesting choice to end with three acoustic tracks, including “Could Ever Love,” “I Swore I’d Quit,” and “Speak.” These closing songs offer a much more in-depth glimpse into the emotional prowess that the band is capable of and it actually would have been nice to see something like this brought up earlier in the album, at least to maybe add a touch more of diversity to the record in order to keep it from sounding too formulaic at times. Nonetheless, the album is able to end on a high note with this trio of tracks thanks to their devoted enthusiasm.

With Grief, Alteras have formed a well put together, albeit somewhat inconsistent, album that is sure to please their fans and probably become popular with listeners who already enjoy the newer age of post-hardcore. If you aren’t a fan of the genre already, then there likely won’t be anything on this individual album to sway you, but for those out there that like the direction that the, admittedly broad, genre has reached, then this will probably be a good listen.

Cain Miller is an aspiring writer who hopes to work his way up and gain notoriety for his material. Having written about film, television, music, and sports, Cain is always looking to gain as much experience as he can and continue to improve his writing abilities.
@cainemiller
Previous Gallery: Modest Mouse at Comercia Theatre, Phoenix, AZ July 25th
Next The funky-fresh new album from The PrimaDonna Reeds: “Red Stilettos”