Seattle’s SixTwoSeven premiere their debut video for “Wreckless Soul,” from their upcoming record Some Other’s Day, out August 5th. Rapidly growing from the initial endeavor of frontman Greg Bilderback, the group have been creating quite a buzz in the Alt-Rock world. In the video for “Wreckless Soul,” we see the band come to life, showing their vibrant personality and essence as a band.

“Wreckless Soul” is the first single from the band, which was produced by the infamous Jack Endino (Nirvana, Soundgarden), for their upcoming EP. Bilderback, who has been playing music since the age of 5, has spent most of his time behind the drum kit. For SixTwoSeven, Bilderback takes center stage as he leads the band as guitarist and singer, accompanied by Mike Knapp (bass), Jason Bilderback (guitar), Matt Bilderback (keys, backing vocals) and Dave Cook (drums).

Together the quintet bring a dose of alternative music musings to the table. The video for “Wreckless Soul,” also showcases the creativity of the band, as they bring an enticing and page turning story to life. No spoilers though! Take a look at “Wreckless Soul,” for yourself, and discover your new favorite band.

Stephen Vicino is the founder of MusicExistence.com. He created this site to give talented musicians a voice and a way to be discovered.
@@svicino
Previous Gallery: We The Kings at Vans Warped Tour, Mansfield, MA 7/13/16
Next Panther By Swing Dee Diablo 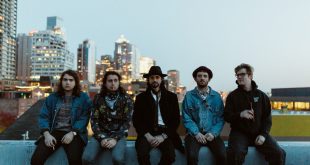