Home / Album Reviews / EP Review. Norty: We Are Nearly There 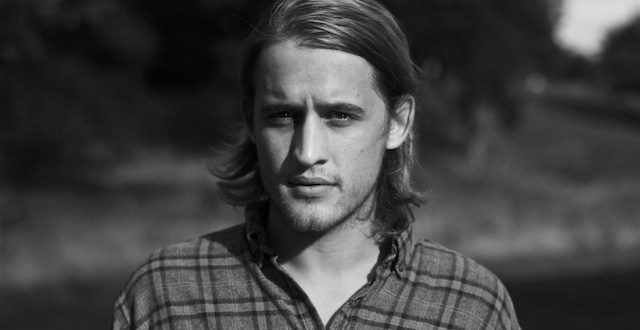 EP Review. Norty: We Are Nearly There

Norty has just released We Are Nearly There EP and it is full of dynamic songs that mix interesting instrumentation with catchy hooks.

“New Disguise” has a gritty feel, think the mainstreamness of Nick Jonas “Chains” but with much more depth and layers. The lyrics are provocative, “I see it in your eyes and your eyes don’t lie/speaking in tongues with a new disguise,” Norty sings and the melody of that line is repeated heavily throughout the track but it never tires listeners out. This is mostly because there is enough space between the exotic worldly instrumentation and the lyrics. It’s experimental in many ways, Norty reveling in that fact and using every sound in his arsenal to create a work of art that is more than just merely a song, but something that could be a museum piece. A whirlwind until the end Norty knows exactly what his strengths are and plays them up as much as he can and the result is dazzling.

Later on the album produces “Going Back” which sounds like something Mayer Hawthorne could have released in recent years. It’s funky and smooth at the same time, full of punchy vocals and soul that easily gushes from Norty. Most of the emphasis here, as with most songs on the EP, is the electronic instrumentation, and this one has a killer riff making it the perfect song for a DJ to blast late at night in a club because it is sure to get a crowd dancing. The groove is so good it almost doesn’t even need lyrics, as it balances both light and dark vibes, but the lyrics help to sell the soul feeling Norty seems to be going for and it solidifies it as one of the most memorable tracks on the record.

“Swimming” is filled to the brim with electricity, right from the first few notes. It’s uptempo and has a pulsating backbeat and by the time Norty breaks in with his sharp vocals that also see some experimental elements applied to them one can’t help but be sold on the tune. At over five minutes long the song risks the fact that it could drag, but Norty makes each and every sound on the tune different and compelling enough that listeners will want to keep their ears glued to the tune until the end. It’s a bit hazy and follows a breezy free flowing approach and it works 100 percent.

The best track on the record is the opening title track “We Were Nearly There.” It has a twangy start blending together contrasting sounds to make something special. “I don’t care if they stop/Setting fire to my bones” Norty sings as the main hook before blasting full force into the verses. Intentional or not the chorus melody shares some resemblance to Smokey Robinson “Being With You.” It’s not something a casual listener will pick up on, but once you hear the similarities one cannot unhear it and that gives the song a retro feeling that sets it apart from other tracks on the EP. Once again the instrumentation has a very worldly feel, Norty tapping into all sorts of inspiration to create a piece of music that will leave a lasting impression on listeners.

And while the EP itself is pretty strong, not everything is the tops. “Darker Days” sees Norty using a more talk/singing approach that doesn’t really work, even if one can still feel the soul in his voice. “Pockets” doesn’t have much of a melody, and maybe that’s the point, but it lessens the quality of the track for this reviewer.

Still if you’re looking for a record that extremely deviates from what one would consider top 40 music, while still creating catchy beats and feels entirely modern check out Norty’s music and get sucked into his magical world of sound.

Tags Album Review music norty review we were nearly there