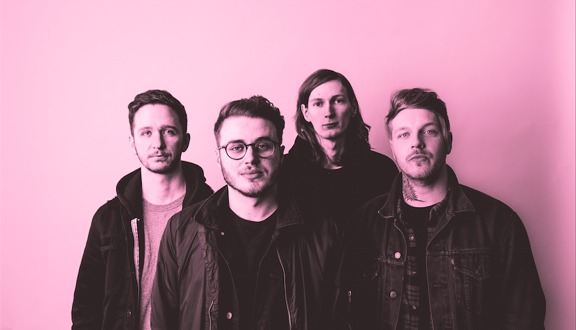 Moose Blood has released another new song from their upcoming album Blush, due out August 5th on Hopeless Records! Fans can now listen to “Sulk” exclusively with FUSE, here.

Moose Blood on “Sulk” – “Sulk is about a family relationship, it was one of the first songs we wrote for the record and we’re so pleased with how the song evolved into what it is now.”

Blush is now available for pre-order by visiting MerchNow or iTunes. The songs “Honey” and “Knuckles” will be available as instant grat downloads when the album is pre-ordered.

Moose Blood is currently in the midst of their very successful first headline run in the states. Many of the shows sold out and venues were upgraded due to demand. The band recently made an appearance at the 2016 Alternative Press Music Awards in Columbus, Ohio where they were nominated for Best Underground Band.

Formed in August of 2012, Moose Blood consists of Eddy Brewerton, Mark Osborne, Glenn Harvey and Kyle Todd and are based in Canterbury, Kent. Blush is the band’s follow up to their highly successful debut album I’ll Keep You In Mind, From Time To Time, which was met with critic and fan praise and charted #45 on the Billboard Top Heatseekers chart.