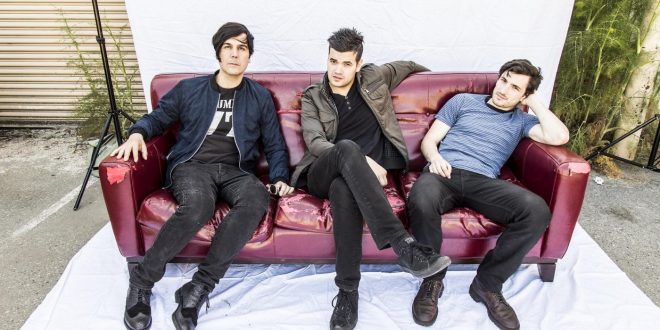 Indie alternative rockers NEW DIPLOMAT are gearing up to release “Stay Up,” the debut track from their upcoming EP, Replaced. The accompanying video for “Stay Up” is set to come out a week later, August 5.

The six-song EP was produced by uber-producer Jeff Saltzman, who is best known for his work with The Killers, Fischerspooner, Blondie and more. NEW DIPLOMAT’s individual musical influences, (The Killers, Muse, New Order, The Strokes) each lend a bit of unique flavor to the trio’s sound. NEW DIPLOMATis: guitarist Paolo Von Giordano, vocalist/bassist Horacio O’Brien-Ferres and drummer/percussionist/synth player Jacob Hartog.

“Stay Up” is a quintessential youth anthem that juxtaposes rock and electronica into 21st Century New Wave. It’s energetic music that you can both sing and dance to. The tune is all about being young: going out every night, falling in and out of love. “Oh I’ve been wasting my whole life/Chasing the next night/I wanted it to be all right.” Its crunchy guitars, undeniably funky bass line, clear vocals and soaring synthesizer riffs make this tune undeniably catchy. “’Stay Up’ is about living at the speed of light and never looking back, even when it’s not easy,” explains guitarist Paolo Von Giordano. “It’s about getting over a heartache, finding a new love, making it through a storm and do the things you want to do. I feel like we can all relate to this 21st Century madness!”

Joining forces with uber-producer Jeff Saltzman on this release was a fantastic musical experience for NEW DIPLOMAT. “Working with Jeff on this EP was amazing,” Von Giordano says. “He has this way of identifying a specific musical element that’s special, then seamlessly bringing it back throughout the song. For ‘Stay Up,’ we were messing around with synths at our studio. We were talking about finding a sound that had a certain unique quality, almost confrontational. As soon as we felt the song was ready, we made a demo and sent it to Jeff. He replied immediately with ‘Oh yeah, let’s do this!’”

Stay tuned for the entire six-song EP Replaced, set for an August 19 release. 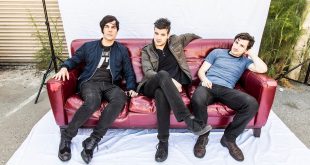 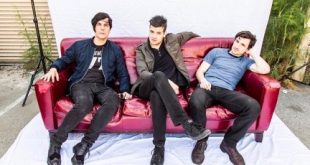