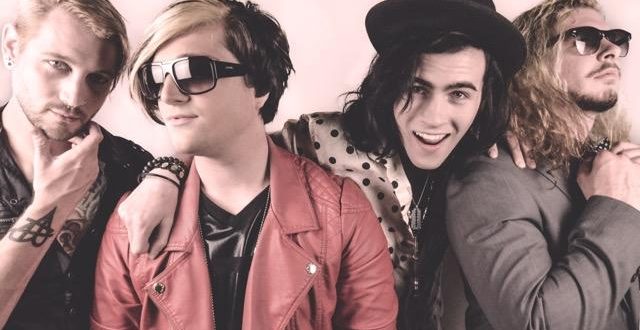 Album Review: Farewell, My Love – Above It All

After two long years, Phoenix rockers Farewell, My Love are making an exhilarating return to the scene with the release of their second full-length album, Above It All. Releasing on July 22nd via CRCL Records, these 13 tracks make for a non-stop explosion of pure energy that is just as exuberant as it is inspiring.

Originally formed in 2011, members Chad Kowal (vocals/drums), Röbby Creasey (lead guitar), Charlee Conley (bass), and London Mckuffey (guitar) have revamped their sound, and have become a much more cohesive unit as a result. Above It All follows the 2014 release of their acoustic EP Wrapped Up In Pinstripes, which was the first release to feature Kowal on vocals. Since then, Farewell, My Love has gained notoriety, with their video for “Crazy” premiering on Revolver, and “Burn Out The Night” premiering on RockSound. Over the years, the band has shared the stage with names like Alesana, Blood On The Dance Floor, Falling In Reverse, New Years Day, and Get Scared.

“Welcome to the Beginning” sets the stage for Above It All with urgent drums against a swelling and increasingly insistent string quartet, quickly joined by a quiet backing piano and vocals. Just as the intro seems to be building towards a full song, it breaks and “Burn Out The Night” takes over. In this track, Kowal’s vocals remind me of Coheed and Cambria‘s Claudio Sanchez. I find it difficult to fit this number into any one rock genre, as it contains elements of post-hardcore, emo, pop punk, goth rock, and features a guitar solo that would fit well on many heavy metal tunes.

The jazz-infused “Crazy” keeps the blood pumping, and it’s a catchy number from the first beat to the very last. This song has a few subtle touches which makes it stand out on the album: the prominent guitars that play a very clear melody, the supporting vocals during the chorus that make the lyrics really pop, and the jazz trumpet floating around in the background during the second verse.

“Maybe I” is the first truly uplifting song on Above It All, with an anthem about second chances to chase your dreams and be okay. The quiet melodies during the verses allow me to reflect on the mistakes and regrets of the past, while the swells of the harmonies during the chorus encourage me to lift my head high and face the new day with hope.

Taking a sharp turn on the listening journey that is Above It All, “Inside a Nightmare” kicks in with a much harder sound at a faster pace. I feel a similarity between Farewell, My Love to Vampires Everywhere! during this song, but it still contains the band’s own unique gothic touch. I can’t help but focus on Kowal’s drumming, with the quick-fire snare taps reminding me of an anxious heartbeat. The overlapping vocals during the bridge add dimension and really drives home the overall sense of being trapped within my own mind.

Continuing with the heavy, dirty guitar riffs and a solid beat backed by electronic notes, “Make Believe” is easy to headbang to. This song contains the same infectious quality as “Crazy,” and I find it dark and gothic in all the best ways. The quiet bridge adds another layer to the music with a string accompaniment that lets this track take on a Grimm fairytale feel.

The deeply emotional “Last Goodbye” is a hard one for me to listen to. I find this song about suicide to be incredibly well done, but it should almost come with a warning. It opens with Kowal pleading to his mother to forgive him as synthesized strings play over a whining guitar in the background. His echoing vocals wrap around the music like a veil, as if he’s singing out from the other side. Even though this track has a more tangible feeling during the choruses and second verse, it still maintains that ghostly aura throughout that sends chills down my spine.

The quiet and reflective opening of “Skip the Memories II” is a gentle pull back from the abyss. The band suddenly erupts after the chorus, as if to break out of the melancholy and into the promise of tomorrow. It’s so subtle I nearly missed it, but this song gets more and more urgent with each passing verse, coming to a frantic peak during the bridge, before it suddenly snaps and drops back into the quiet reflection of the opening. The final round of the chorus breathes structure and life back into the music, making it seem as though the path to the future is clearer now.

Giving me some hardcore My Chemical Romance nostalgia, “Above It All” is a powerful motivational song to rise above all the negativity in life. With lines like “sing through all the screams” and “scream what you believe, and let yourself be seen,” I’m reminded of the first time I heard My Chemical Romance’s “Sing” and the surge of hope I felt then. The swelling melodies and the confidence and push of Kowal’s vocals really drive this song deep.

Kicking off in a fashion similar to Black Veil Brides‘ energy on the Wretched And Divine: The Story Of The Wild Ones album, “Don’t Wait For Me” is a strong encouragement to not wait for anyone as you chase your dreams. The breakdown of the bridge serves up some heavy riffs that would be a crime not to headbang to. While I think the guitar solo starts off a bit shaky, it quickly turns itself around into a truly stellar piece.

“Hit or Miss” takes Above It All in another direction yet again with a quiet and simple alt-rock opening. This song, about self-loathing and self-doubt, doesn’t really pick up in energy until the 2:26 mark, staying somber until then. I was surprised by the sudden explosion, but I feel like it’s an exceptional set up for the outstanding guitar solo, which serves as the crest of the song. In listening to it, I get the feeling that Creasey must have had a few self-taught lessons from classic rock legends to create such an incredible piece.

I feel like I’m listening to a different band again with the heavy opening of “Never Stop,” which bears some similarity to Adelitas Way. The guitars seem somewhat out of place between verses, playing separate melodies, but it makes a peculiar sort of sense as they come together for rest of the song. Thanks to that, I can easily picture two separate people of different backgrounds coming together as one thunderous voice, which works perfectly with the chorus: “I will never stop fighting for my voice.” The song’s timing couldn’t be better in today’s social climate

“Who Are You?” wraps up Above It All as the final powerful track about remaining true to yourself in the face of adversity is. This song has hands-down the absolute best guitar solo on the album, and I love the reveal of the female vocals after the solo.

Trying to summarize a band as dynamic as Farewell, My Love is difficult at best. I found each track just as enjoyable as the last. Many meaningful, others more fun and infectious, but every song was poignant. So head on over to CRCL Records or iTunes to pre-order Above It All. While waiting for the 22nd to roll around, you can stream the band’s discography on Spotify and check out their video for “Crazy” below. 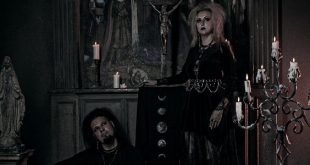 Embers has released his new EP