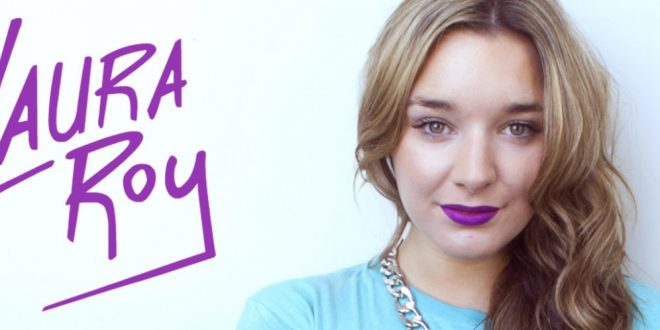 Laura Roy is a Halifax, Nova Scotia based singe that pumps out juicy 90s inspired pop/ R and B tunes. Her self titled EP is out now and is poised to make Roy a household name.

“Take Me Down” has an urban flavor to it right from the first few notes and one can feel the craving Roy is experiencing as she croons “I feel you rushing through my veins.” It’s very Ariana Grande “Dangerous Woman” but Roy makes the song her own, especially on the chorus which has some unexpected and fun vocals. Slow and sleek, it holds that classic 90s R and B feel while still coming across as modern with a bit of funk added to the track. Undeniably catchy it’s hard to believe this isn’t already a top 40 hit. Roy proves that she has the vocal chops to go up against popular artists like Grande, and shows that there is room for her and her tunes in the current music scene.

The album closes with “Plastic” a song that lets Roy’s vocals really shine as there is a minimal instrumental approach to the track. It’s downright catchy, especially the chorus which boasts great lyrics such as “if you’re not serious we can’t be tragic/you can’t break a heart that’s made of plastic.” Roy is full of attitude here and it suits her and the song well, showing that she is a strong female who can go toe to toe with any man. Adding to that 90s-early 2000s vibe a male vocalist is heard throughout which just adds another level of retro to the track. Again, this song is so relevant that one can already imagine it playing on radio stations across the world, it’s that good.

The best song on the record is “Don’t Chase the Feeling” which leans a little more toward the pop side of Roy’s sound. The chorus has a killer hook, but Roy makes the most of the verses with lyrics like “just tell me when it’s going down/I’m sick and tired of all the waiting around.” Again, there are going to be a lot of Ariana Grande comparisons, but that isn’t a bad thing. Roy isn’t imitating Grande, but working with producers who have worked with Grande, one can see the vibe has rubbed off on her.

The entire EP is superb, and at times Roy even gives listeners some early Madonna vibes. There’s nothing entirely fresh or new to see here, Roy isn’t breaking any new ground, but she knows what is in her wheelhouse and she plays up her strengths to the fullest. It’s only a matter of time before Roy becomes the household name she deserves to be.