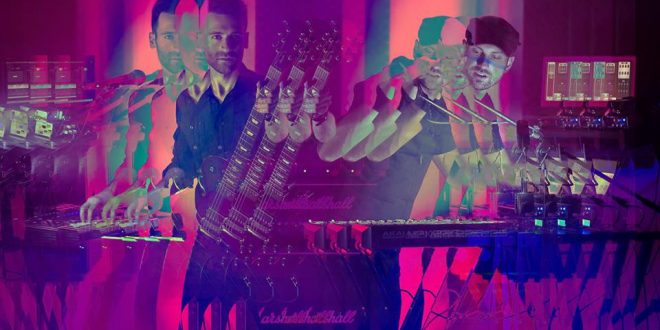 Let’s talk a little about the history of the band. Do you remember how the idea of forming the band first came up?

I remember getting my first Macbook and playing around with Garageband. It finally gave me the inkling that I could potentially start an electronic music project in spite of coming from a traditional rock band/guitar background and always wondering how to break into something else. It was a really easy to understand platform for creating MIDI and recording. That was really the impetus of Ghostfeeder.

What is your latest album and why should people buy it?

My new album is called World Fameless and it will be out on July 8th under Distortion Productions. It can be pre-ordered or purchased both physically and digitally at www.ghostfeeder.bandcamp.com. People should buy it because I think they will genuinely enjoy it if they are even casual fans of electronic music and synthrock. My intention was to create an album that was full of songs with great hooks that still felt substantial and important. I think that, for the most part, I was able to bring that idea to fruition. I think people will dig that World Fameless is both a collection of potential singles as well as a proper album that still takes the listener on a journey.

Tell us about your experience in the studio recording the new record?

I record all of my material in my home studio, so any expected stories of recording debauchery and shenanigans will have to be replaced with stories about drinking a lot of hot tea and recording the same bassline for seven hours. It’s not very glamorous, but the rush of following a stream of creative energy is really the best feeling. There have been days when I forgot to eat because I was working so consistently. I’d wrap up late at night, exhausted, and suddenly realize my body was digesting itself. I’d stuff myself with cereal or something and pass out. And by cereal I don’t mean the kiddie stuff like Golden Grahams or Honeycomb. I’m talking plain Cheerios. The hard stuff.

Describe the transformation a song undergoes once lyrics are added. Even though the music is the same, the lyrics can make it sound happy or dark or angry, etc.

My writing process is frantic, erratic, and never the same. Some songs begin with a drum beat, others with a bassline or lyrical melody. However, the beginning rarely sounds anything like the end. The ease with which you can manipulate your songs when recording digitally on your own time means that, for me anyway, I am tweaking my songs all the way until I have to have them professionally mixed and mastered. As a result, the lyrics are not usually a tone-setter when it comes to my workflow.

How would you categorize the style of the band?

Ghostfeeder is an electronic project with a lot of rock and pop sensibility put into the songwriting. I love the textures and freedom that making electronic music puts at my fingertips, but I rarely will geek out and allow a loop or something to just go forever or fall in love with an idea that I am not willing to let it go for the greater good. The power of the song is king and I try not to deviate from my mission of writing the best possible music I can for the sake of self indulgence. A tremendous amount of ideas get thrown away until I carve out what I believe to be the most concise, satisfying final product. I think Ghostfeeder songs might be pop songs disguised as electronic/industrial tracks.

Which band musically introduced you to Industrial Music?

I got my first Nine Inch Nails album in middle school after buying a sorry amount of “bad” music in my search for the good stuff. I bought The Fragile and suddenly all those so-called nu-metal bands I thought I was into sounded incredibly shallow and one dimensional. Over the next year I bought every single NIN release up to that point, including European promo discs and all kinds of stuff. To this day I am pretty certain I must have between 50 and 60 NIN releases. I think my deep and boundless love for vintage video game soundtracks really paved the way for my enjoyment of electronic music.

At what age were you when you first started listening to Industrial Music?

I must have been around 14 when I started really getting into Nine Inch Nails.

Why do you think Industrial/Goth Music portrays the image that it does?

I think there is something about electronic sounds that just happen to match up well with certain aesthetics. Either that or The Cure did it and no one has come up with anything better.

Where can our readers find your band on the internet?

People can follow Ghostfeeder on Facebook, Twitter, and Instagram. It always means a lot to make new fans and it’s incredibly important these days to let artists know that you appreciate their work. Comment on their posts. Share their material and interact with them. I’m always excited to chat with new people, so like, follow, and add Ghostfeeder to your social networks. Tell your friends to as well!

Thanks for answering these questions. Do you have any last comments or words of advice for aspiring musicians and people trying to get into the business?

Keep your head above any drama, surround yourself with supportive people, and do great work. It will speak for itself. 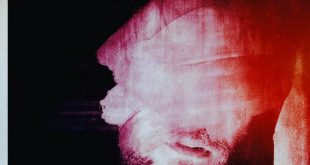 A musical journey down a Dark Alternative Path with Dom Sith