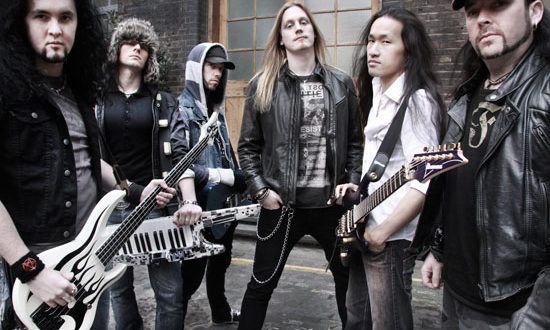 Known best for their breakthrough hit “Through the Fire and the Flames”, and the same song’s addition to the video game Guitar Hero 3 as the game’s white-knuckle “final boss” track, UK’s DragonForce had, for a time, enjoyed riding upon the crest of a resurgence in the popularity of power metal worldwide. Though many had written the band off as being too gimmicky, distractingly shred-focused, or unchanging in their sound – numerous highlights can be found throughout the band’s catalog of blazing, lighthearted, and wonderfully cheese-filled power metal anthems. The upcoming best-of compilation album Killer Elite provides an excellent opportunity for newcomers to familiarize themselves with some of the band’s standout tracks.

One of Killer Elite’s best qualities is its showcase of each era in the band’s 17-year career. The earlier years of the band’s existence are sure to have been missed by many, with the band’s global breakout not occurring until their third album. Fantastically melodic songs such as “Valley of the Damned”, and “My Soul Will Go On” are given well-deserved second chances, and are interspersed nicely among newer material. The band’s second period, consisting of two post-breakout albums, is also given its due inclusion – not only with the mandatory “Through the Fire and the Flames”, but also with the gloriously soaring “Operation Ground and Pound”, and the speed-tastic “Heroes of Our Time”.

The departure of longtime vocalist ZP Theart and the band’s subsequent addition of replacement vocalist Marc Hudson led to the band’s third and most recent era. With two albums under their belt in this iteration, Hudson-fronted DragonForce shines on Killer Elite, offering nearly all of the compilation’s breaks from the speed metal madness that expectedly dominates the record. Those who previously scoffed at DragonForce for being too formulaic are given a perfect avenue to compare new and old in this album. New tracks all showcase previously unexplored facets of the band – from the Iron Maiden-inspired “Cry Thunder”, the (relatively) mellow hook of “Seasons”, the melodeath riffage and harsh vocals (courtesy of Trivium’s Matt Heafy) of “The Game”, and the bombastic live performance of “Three Hammers”.

In the end, Killer Elite is one of the better compilation albums released in recent memory. When one considers that the average DragonForce song is almost twice as long as a standard metal track, the inclusion of 22 songs across two disks makes this album staggeringly robust – and that’s not including the video disk that is included in some packages of the product. Any power metal fan whose interest is piqued by the prospect of being relentlessly thrashed into a battle trance through extreme BPM should absolutely check out Killer Elite.

Visit DragonForce and order Killer Elite at their website here. 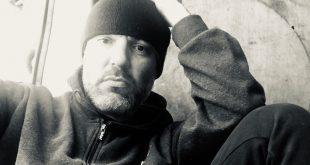