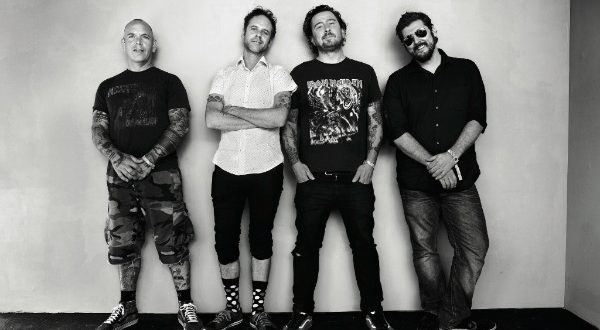 THE BOUNCING SOULS Stream New Track “Writing on the Wall”

Legendary New Jersey punks, The Bouncing Souls, have teamed with Stereogum to premiere another anthemic new track from their upcoming tenth full length, Simplicity, due out 29th July via Rise Records.

“Writing On The Wall” finds The Bouncing Souls in top form. The song displays the band’s knack for starting with a punk rock backbone and injecting it with some rock & roll spirit. Its Springstreen-esque intro is an indication of the vast well of influences that The Souls pull from, while its infectious refrain is, as Stereogum put it, “exactly the sort of monster-chorus pummeler these guys made their name cranking out.” This combination of spontaneity and experience is the hallmark of Simplicity.

Pre-orders for Simplicity are available now. The Bouncing Souls will be hitting the road soon with upcoming European and UK tour dates, as well as several US shows, including the band’s own Stoked For The Summer shows in Asbury Park, NJ.

The Bouncing Souls are something of a punk rock institution. The band have been consistently churning out their beloved brand of anthemic punk since 1989, and have earned an intensely loyal fanbase with tireless touring and an unrelenting love of making music. As the band approached the creation of their tenth full length, they sought to make a record that captured the spirit of their earlier work, while incorporating who they are today. That record is Simplicity and its 13 tracks of undeniably infectious punk rock prove that The Bouncing Souls have a lot more to say.

In making Simplicity, The Bouncing Souls set out to write songs that, first and foremost, would translate into the live environment. With over 20 years worth of anthems under their collective belt, it’s a challenge to write a setlist that incorporates newer material, but Simplicity‘s many standouts are more than up to the task. Next, the band enlisted the help of producer John Seymour, who manned the mixing boards for their fan favorite LPs How I Spent My Summer Vacation and Anchors Aweigh, to record the album with all of the raw energy of the live performance. The production of Simplicity perfectly embodies the band’s bite and power, the driving guitars, prominent bass, rock-solid drums, and soaring vocals all cutting through with no unneeded studio shine. From speedy hardcore-influenced ragers, to comparatively tender punk ballads, Simplicity‘s dynamics show every side of The Bouncing Souls.

On Simplicity, The Bouncing Souls do what so few long-running bands are able to accomplish: they utilize all of the skills and lessons that come from over 20 years of making music, while still capturing the reckless spontaneity of their past work. That delicate balance can only be found if there’s a sincerity in the songs that comes from genuine love of playing music together, and The Bouncing Souls have that in spades.

The band release new album ‘Simplicity’ on the 29th July via Rise Records HERE.. This is the bands first album since 2012 and first with new drummer George Rebelo of Hot Water Music. 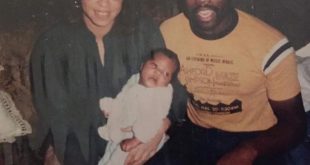