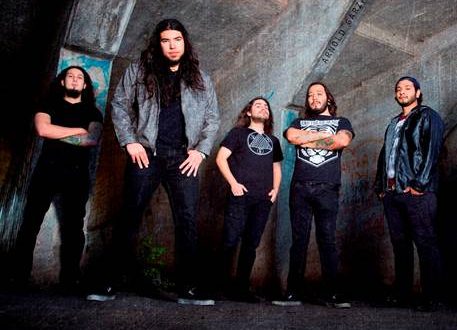 Texas heavy metal quintet SHATTERED SUN are gearing up for their next tour with headliners Scar Symmetry, with support from Arsis and Painted In Exile. Today, the official tour routing has been released! The routing begins on September 8 in Orlando, FL and runs throughout the month, ending in Austin, TX on September 20. See below for a full listing of tour dates.

Scar Symmetry will play outside of the tour routing on September 9 at Prog Power USA in Atlanta, GA.

Guitarist Jessie Santos states, “We’re happy to announce the official dates for our upcoming tour with Scar Symmetry. It’s too awesome to know that we’re on this amazing bill. We can’t wait to see y’all on the road. September can’t come soon enough, see you in the pit!”

SHATTERED SUN recently announced their inclusion on the Rogue Records America radio mod, Rogue Radio, for Fallout 4. In total, the mod will feature 44 songs by 38 bands and have two DJ’s each with their own style and playlist. Rogue Radio will be available on PC, Xbox One and PlayStation 4 and will be a mod that anyone with the game can download for free. Once downloaded, the players Pip Boy will have the Rogue Radio station in their Radio list playing the best heavy metal and hard rock. The radio station will feature all of Rogue’s artists as well as many other National and Emerging artists. The Rogue Radio mod for Fallout 4 is currently under development and looking to be released cross platform in July. For more information on the Rogue Radio Fallout 4 mod, please follow the band on Facebook.

SHATTERED SUN‘s latest Victory Records debut, Hope Within Hatred, is available in-stores, online at iTunes, Amazon Music, FYE, Hastings, and wherever digital music is sold. Hope Within Hatred debuted at #1 on the CMJ Loud Rock charts, as well as within the Top 20 on the iTunes Metal chart and Top 50 on the Billboard Heatseekers chart. Check out the band’s recently released live-action video for the track “Waging War” here:

Previous Album Review. Jeremy and the Harlequins: Into The Night
Next THE BOUNCING SOULS Stream New Track “Writing on the Wall”