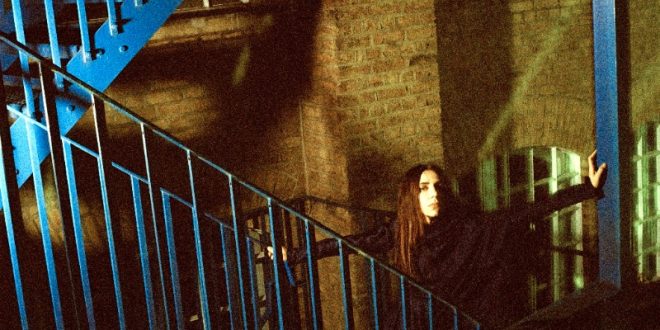 PJ Harvey will release the new song ‘Guilty’ globally this Wednesday, July 13, taken from the sessions that produced her current album, The Hope Six Demolition Project (Vagrant). The sessions took place in January 2015 during Harvey’s month long residency at London’s Somerset House — “Recording in Progress” — in which audiences were given the opportunity to see her at work with her band and producers in a purpose-built studio.

As previously reported, PJ Harvey will return to the U.S. next month for the first time since her tour for 2011’s acclaimed Let England Shake, playing two dates: August 16 at Terminal 5 in New York City and August 18 at Shrine Expo Hall in Los Angeles.

PJ Harvey will play 17 headline dates across the UK and Europe later this year, including two shows at London’s Brixton Academy in October, followed by Glasgow, Manchester and Wolverhampton.

Following the April release of her UK #1 album The Hope Six Demolition Project, PJ Harvey returned to the world stage last month for the first time in 4 years, starting a summer of festival shows with an acclaimed headline performance at Barcelona’s Primavera Sound, ahead of headlining both London’s Field Day and Glastonbury Festival. Harvey is deservedly considered to be one of Britain’s most innovative and important recording artists, and NME recently called her“one of the world’s finest performers – commanding, contemplative and absolutely flawless.”

Directed by renowned British theatre director Ian Rickson, dressed by Ann Demeulemeester, and with lighting by Adam Silverman and set design by multi-media artist Jeremy Herbert, the show is receiving fantastic reviews around the world. From the moment the 10 strong band march onto the stage playing their instruments, the audience is transported into a truly unique concert experience; powerful, enchanting, thought provoking, joyous, and beautifully crafted, filled with songs that are a reflection of our times. Harvey is joined by long-time collaborators John Parish, Mick Harvey, and Jean-Marc Butty, and friends Alain Johannes, Terry Edwards, James Johnston, Kenrick Rowe, Alessandro Stefana and Enrico Gabrielli.

Previous The Amity Affliction Unveil “This Could Be Heartbreak”
Next Foals Announce Fall U.S. Headlining Tour