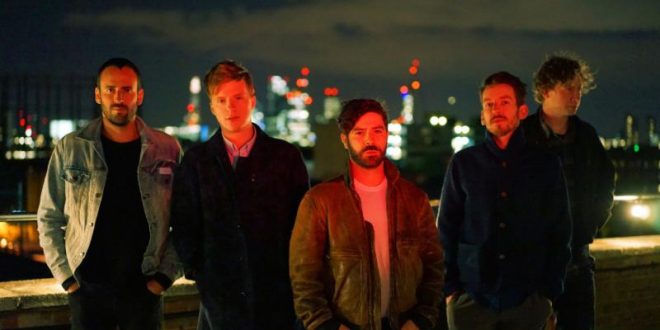 Foals have announced a headlining tour to take place this fall across the United States. The run will kick off on September 23rd in Seattle, WA at the Paramount. Fan club presales will launch on Tuesday, July 12th at 10:00 AM local time. The general on-sale will launch on Friday, July 15th at 10:00 AM local time. Bear Hands and Kiev will support all dates on the tour (except Portland, OR). Additional dates will be announced in the coming weeks.

Following their biggest UK arena tour to date, Foals was most recently in the U.S. for the 15-city Spring Fling Rock AF tour alongside Cage The Elephant, Silversun Pickups, and Bear Hands and additional dates with Silversun Pickups.

The band is taking the festival circuit by storm having performed at Coachella, Shaky Knees, and Hangout Fest with additional appearances slated for Lollapalooza, Panorama, Osheaga, Voodoo Fest, and Outside Lands. They will also headline Reading and Leeds next month. For a complete list of upcoming dates, click HERE.

Foals current album What Went Down was released this past August on Warner Music and emerged to the best reviews of the band’s career as it debuted at #3 and commanded a Top 20 chart position for four weeks in the UK. The album also produced the band’s first Number 1 at Alternative Radio with “Mountain at My Gates”. Shortly after the album’s release, the band won ‘Best Act In The World’ at the Q Awards and received a BBC Music Award Nomination for ‘British Artist of the Year’. Foals was also nominated for four awards at the 2016 NME Awards, including ‘Best British Band’, “Best Live Band’, ‘Best Album’, and ‘Best Track’. What Went Down is an album that grapples with questions that are a world away from the bland bleatings of homogenized pop: permanence and impermanence; life and death; solitude; vulnerability; intimacy; passion; rage; humanity – weighty issues that make demands of the people creating that music, and of all those who listen to it, too. Sonically, it’s an album that precariously seesaws between primal aggression and naked vulnerability.