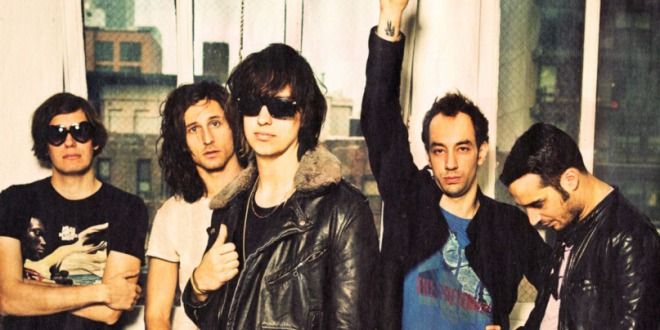 On Monday, July 25, The Strokes will perform at the inaugural City of Angels Benefit Concert, which will raise funds for three local non-profit organizations providing essential resources, services and hope to the homeless in Los Angeles. The concert will be The Strokes’ only L.A. show of 2016. It will take place at The Wiltern, which is celebrating its 85th anniversary as a Los Angeles historic landmark.

“Homelessness and mental health are big issues in LA and we’re happy to do a little something that can hopefully help a bit. The Center in Hollywood and Waste Not Want Not Now are great, well-intentioned and trustworthy charities doing wonderful work,” said Julian Casablancas, lead vocalist for The Strokes. The event will also benefit the Downtown Women’s Center. One hundred per cent of the net proceeds from the concert will go to these 501(c)(3) organizations.

Tickets for the City of Angels Benefit Concert, produced by Live Nation, will go on sale on this Thursday, July 7, at 12:00 p.m. PT, at http://www.ticketmaster.com/event/090050DCE35B9ADA.

The July 25 concert will mark The Strokes’ first benefit concert in Los Angeles. Founded in New York City in 1998, the multi-Platinum band has developed strong ties to Los Angeles over the years. Prior to the show at The Wiltern, The Strokes will headline Australia’s Splendour In The Grass Festival in Byron Bay on Friday, July 22. The band recently released a new EP, Future Present Past (Cult Records), available HERE.

Previous Pixies Announce New CD, Bass Player and Tour
Next ROBOTS AND MONSTERS Streaming “King Of The World,” Lead Track To Nothing To Fear Nothing To Fight EP