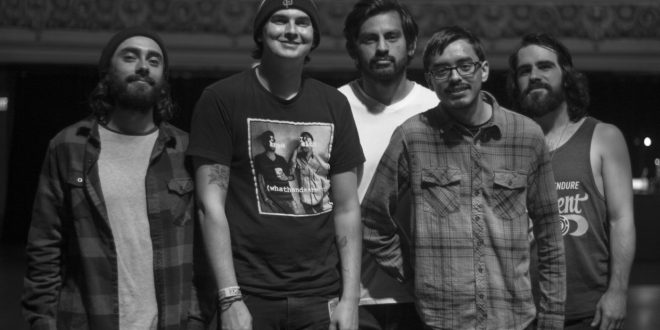 Album Review: Belle Noire – What It Means To Be

Belle Noire, a San Jose, CA based quintet, is due to release their full length, What It Means To Be, mid-July this year. The band produced this album alongside Dryw Owens, who is known for working with groups such as A Lot Like Birds and From Indian Lakes.

When listening to the album, the audience is immediately thrown into the mix, with a lack of a lead up in the first track, “Regret.” For some, this abruptness may work. For others, it may feel to forced or dramatic. However, as the rest of “Regret” progresses, Belle Noire sets the stage for the following eight tracks.

The deeper one delves into the album, the more enjoyable it becomes. The second track, “Sleep,” is vaguely reminiscent of Alesana’s 2010 album, The Emptiness. Combining mellow vocals and instruments with the occasional more aggressive manner of singing results in a rather emotional experience.

The track “What It Means To Be,” is placed right in the middle of the album, giving the audience high expectations, since after all it is what the album is titled after. Luckily and enjoyably, expectations were reached and surpassed. The track is composed of tender-sounding instruments that match with the lyrical structure and narrative content. It comes as no surprise that What It Means to Be is over-saturated with sentiment. As vocalist Joey Lancaster explained, “As a group, we dealt with many personal issues during the process, and we’re thankful we pulled through it to get this album completed. The most important thing to us is the music, and that’s the reason we’re doing our thing.”

The last track, “Infinite Youth,” serves as a well-produced, well-placed finale for What It Means To Be. The three-minute long song ties together components and sounds from each track before it. Again, the soft, ambient rock-oriented instruments partnering with subtle yet moving, emotional lyrics leaves the audience satisfied with the album’s end.

Belle Noire is currently on tour: