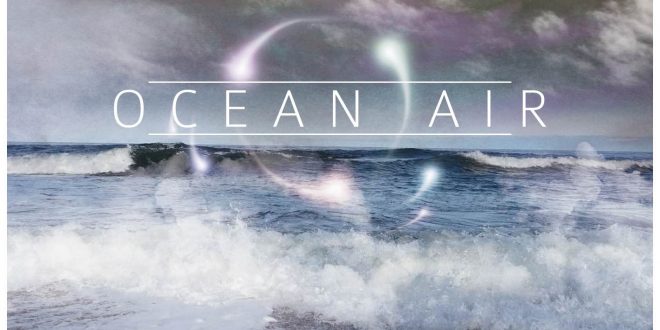 Pop-rock trio Daydream Frenzy have released their EP Ocean Air. It contains three new songs, an acoustic version of their newest single ‘Shout’, and the Fonik remix of ‘Pride & Wonder’. The Aberdeen natives, Hamish Gordon on drums, Donald Barclay on guitar and vocals, and Fraser Henderson on bass, have put together a compilation of mellow and entrancing tracks, creating the perfect mood to get lost in a frenzy of daydreams. The kind of music you play when you need to have a moment to yourself to gather your thoughts.

The EP starts off with the single ‘Shout’. A barebones melodic number that offers minimalistic but pleasing song structure. It opens up with Barclay’s guitar and soft vocals, and maintains a continuous rhythmic pattern for its entirety. Never brash nor rushed, the drums, bass, and guitar are all well balanced and enhance the vocals. The lyrical take-away is clearly expressed as finding the strength within one’s self to push forward. With the acoustic rendition, this song is that much more moving. Barclay’s voice is tender and clean and the instrumentalization showcases the vocal delivery that much more.

‘On My Own’ increases the tempo ever so slightly and features brighter guitars riffs and drum sequences. It is a fun, light, and easy song to enjoy. The bridge elevates the tone of the song with an instrumental arrangement that allows each of the members to exhibit their talents as musicians. While the song is enjoyable there is a tiny hiccup. The vocals seem to slightly overpower the instruments, but that could have just been a post-recording feature.

The third song from the EP is ‘Good Morning’, it is properly titled and goes along with its upbeat pop-rock like cadence. The vocal delivery deviates from what the other songs feature and uses a grittier timbre. Gordon’s drums are crisp and firm which gives the track a much more stronger presence.

Daydream Frenzy have found their strengths in making music that is easy to listen to and equally easy to enjoy. Their simple yet catchy melodies and flowing choruses are sure to stick around in your head for a bit.

To learn more about Daydream Frenzy make sure to check them out at the links below.