Home / News / Music Video / STEVE AOKI Single “How Else” Ft. Rich The Kid and iLOVEMAKONNEN Out Now on Ultra Music 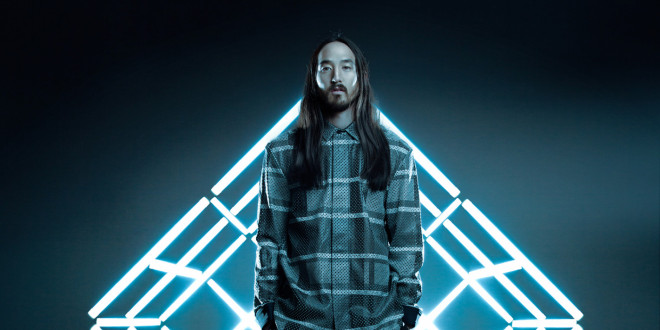 STEVE AOKI Single “How Else” Ft. Rich The Kid and iLOVEMAKONNEN Out Now on Ultra Music

At the top of 2016, STEVE AOKI surprised the blogsphere with “How Else,” a fiery collaboration with Rich The Kid and iLoveMakonnen. Taking  a new twist, the track-with its catchy ‘Whip It’ hook– struck a chord from the likes of The Fader, HipHopDX, Rap Radar and HotNewHipHop who wrote, “…it makes effective use of Makonnen yelling, ‘How else am I gon’ get it?’ Rich and Makonnen’s snappy trap punchlines go surprisingly well alongside Aoki’s wonky bass drops, and ‘How Else’ should have some crossover appeal come festival season.” Elsewhere, Complex it as”…a mind-bending electronic experience that actually sounds great with Makonnen and Rich’s verses.”  Now, just in time for summer parties everywhere, the song is available through Ultra Music, accompanied by a video which made its debut on The FADER earlier today.

The release of “How Else” follows AOKI‘s other current tracks “Back 2 U” with Boehm featuring WALK THE MOON–which is smashing on the streaming front with over a million Spotify plays per week since its release in May and has been added to many Top 40 radio stations including Y100 in Miami-plus“Can’t Go Home” with Felix Jaehn featuring Adam Lambert.

In other AOKI news, the Grammy-nominated producer/DJ and entrepreneur has been tapped by watch maker Corum to design a new eponymous Corum Bubble Limited Edition timepiece.   Presently in design & development phase, the Steve Aoki Corum Bubble Limited Edition will be presented in the course of the summer.  Exclusively retailed in the U.S. at Tourneau, it will be pre sold as of end of July 2016.  Says Davide Traxler, Corum CEO, “We’re giving Steve total creative freedom to develop his own interpretation of our iconic Bubble wristwatch. I’m excited to launch his electrifying vision of the Bubble.”

Meanwhile, right now overseas, STEVE AOKI‘s label Dim Mak has taken over Ushuaïa Ibiza as part of its global 20th Anniversary celebrations for a legendary throw-down. Led by its label boss, the party features a line-up of top-tier global talent including Yellow Claw (Netherlands), Garmiani (Sweden), Marnik (Italy), GLOWINTHEDARK (Netherlands), and Boehm (Romania).  Ushuaïa Ibiza is the most recent stop on a tour of sell-out events during Miami Music Week and SXSW with additional stops in Atlanta and Chicago, supported by dozens of artists including ILoveMakonnen, 2 Chainz, Migos, Autoerotique, SBCR aka The Bloody Beetroots, Rain Man and more. Now, the label heads across the Atlantic to Spain, for world-class tapas and open-air Balearic vibes. Purchase tickets here: http://ushuaiaibiza.com/steve-aoki