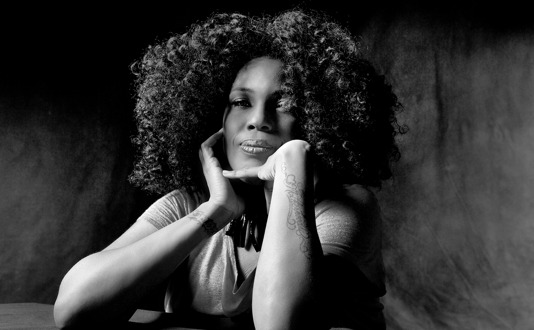 GRAMMY Award®-winning and socially-conscious recording artist, Macy Gray, announces the Fall release of her new live Jazz album, Stripped via Chesky Records.  As a prelude to the album’s release, Gray has also announced a seven-date tour this summer playing The City Winery’s, kicking off July 7 in New York City(see full tour dates below), tickets on-sale now HERE!  The tour performances will serve as a sneak peek to the track listing on the new album (also listed below), which was recently recorded in an abandoned church in Brooklyn.  Each performance on the tour will be unique, as local talent from universities and music programs will join Gray on stage as a part of her house Jazz band. A longtime supporter of music education, Gray has partnered with the GRAMMY Foundation® and their GRAMMY in the Schools® programs to identify talented alumni from GRAMMY Camp® – Jazz Session, to perform with her when she appears in New York City.

“This album shines a light on another side of this remarkable artist” – David Chesky, Chesky Records Co-Founder.

Last month, Gray, stunned the audience at LA’s Saban Theatre, performing versions of her biggest hits including the GRAMMY Award®-winning single “I Try”.  Crave Online was there to capture the performance exclusively in 360-degree video. The 360 video places the user inside an immersive experience, giving you a unique look at the action. In this case, hanging out on-stage as Macy and her band perform 2 songs to the packed house at the Saban. Check it out HERE.

After recently appearing on global sensation, Ariana Grande’s, recent release, Dangerous Woman, with the track, “Leave Me Lonely,” Gray already has her sights on 2017.  She is currently in the studio working on a new EP and will continue to perform at festivals around the world.