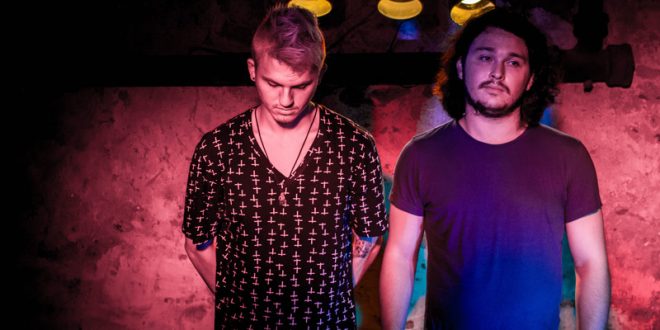 Philadelphia’s rising indie alternative/rock band Civil Youth have been making waves on the road this summer, playing a slew of shows across the East Coast and recently opening for Twenty One Pilots and AWOLNATION. Today, Civil Youth is thrilled to announce they are extending their run nationally on The Evolution Tour. Dates and ticket information can be found below. To celebrate the announcement, Civil Youth teamed up with idobi Radio for the exclusive premiere of their latest creative mashup cover of Paramore’s “Emergency” and Biffy Clyro’s “Saturday Superhouse,” which can be viewed here. Civil Youth’s Michael Kepko had this to say about the video:

“Our fans have always been huge fans of Paramore which is why we wanted to give them a taste of their music, along with Biffy Clyro, whom most people don’t know. It’s also our attempt at giving ¥ou guys a taste of what our new record has been inspired by, set for release in May of 2017!” – Michael Kepko

CIVIL YOUTH is an indie alternative/rock band based out of Philadelphia, PA. Since their debut in March 2015, Civil Youth has toured nationally and is currently venturing on their 6th U.S. tour. After the release of their debut album, Disguised In Color, Civil Youth has garnered airplay on 134 FM radio stations, landed sync licensing with major networks including MTV, VH1, and E!, and received national press in Alternative Press Magazine.  The band has since released their second full-length album,Who Rescued Who, as well as an acoustic album titled Ossein.

What started as an outlet for lead singer Michael Kepko to express his anxiety and depression while living in Boston, has evolved into a cultural movement backed by a community of thousands of supporters who identify with Civil Youth’s lyrics and music. Civil Youth inhabits each stage with light-up drum solos, crowd chanting, instrument swaps, and stage acrobatics. Between heavy guitar riffs, and poetic rapping, fans of all ages can find a way to connect with Civil Youth. Within a year, Civil Youth has surpassed the caliber of “local band,” making their name known across the United States.

Previous STEVE AOKI Single “How Else” Ft. Rich The Kid and iLOVEMAKONNEN Out Now on Ultra Music
Next MACY GRAY ANNOUNCES FALL 2016 RELEASE OF A LIVE JAZZ ALBUM- STRIPPED