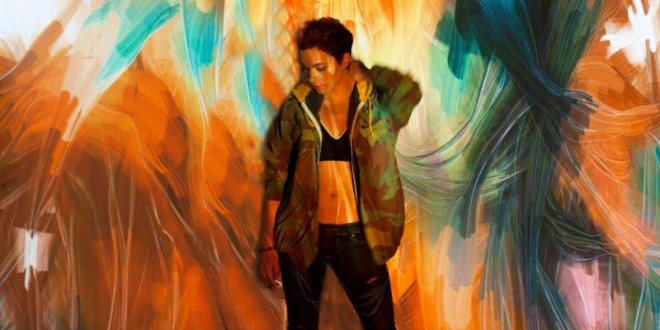 Toronto songstress, ARI deftly dances in and out of genre lines, moving from entrancing alternative pop to gritty hip-hop production under a cover of electronic elegance on her 2016 independent debut EP Tunnel Vision out now. At one moment, her music is soothing, while the next it’s provocative.  The lyrics transmit messages of hope as often as they ponder tragedy.  ARI represents both ends of the spectrum.

From the indie songstress’ debut EP Tunnel Vision, the track juxtaposes a brightly spacey melody with a plea for a cancer-stricken friend – begging for more time.  The video mirrors the sentiment of the track, featuring ARI as she reflects on the passage of time against a background of subtle, as well as trippy visuals. Check out the brand new music video for “Time Machine” below.

On ARI’s debut EP Tunnel Vision, she continues to break down the walls of conformity offering a beautiful collection of songs with the right amount of grit that enables her to make statements she hopes will help others.  Musically, the Toronto songstress deftly dances in and out of genre lines, moving from entrancing alternative pop to gritty hip-hop production under a cover of electronic elegance.  At the same time, the visceral lyrics transmit messages of hope as often as they ponder tragedy.  Her sound comes to life in the middle.

“Working on the EP became the birth of a totally new process,” ARI says.  “That’s when I adopted the name ARI.  It felt like a fresh tableau.  The past doesn’t define you.  It doesn’t make you who you are.  It’s just part of where you’ve been and if you aren’t careful then you can get stuck in this tunnel vision focused on the past.  This is the musical identity I’ve been working towards my whole life.”

Previous Roots Like Mountains Announce “The After Party Tour”
Next Billy Duffy of The Cult: Tune-In to the AUDIENCE Network special “Ernie Ball: The Pursuit of Tone ‘Billy Duffy'” Airing Friday, July 1, at 8:00 p.m. ET/PT