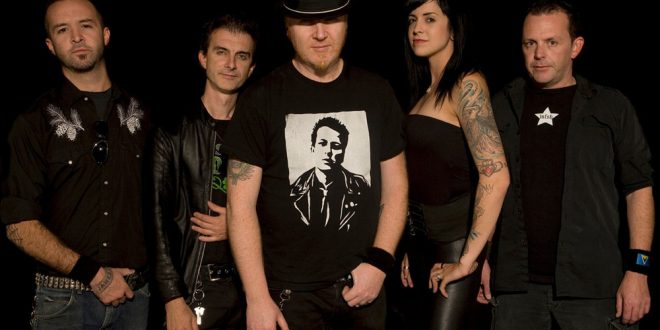 Pioneers of Irish punk rock, The Mahones, have announced plans to release a greatest hits compilation called The Very Best: 25 Years Of Irish Punk on August 26th with Sailor’s Grave Records. The album will feature newly, re-recorded versions of the band’s most popular songs spanning their celebrated 25+ year career. Today, the band has partnered with PunkNews.org to unveil their updated version of their classic Irish punk anthem “A Great Night On The Lash.”

Listen to “A Great Night On The Lash” at PunkNews.org: http://bit.ly/296GgIY

“This song is about the night Shane MacGowan came to see The Mahones in Montreal, and then we went out drinking…for three days.” – Finny McConnell

Formed on St. Patrick’s Day in 1990 in Kingston, ON by Irish born McConnell, The Mahones have become an institution of Irish punk rock for the last 25 years. Their list of accolades and achievements during that time is nearly endless, from having their track “Paint The Town Red” featured in a pivotal part of Academy Award winning film “The Fighter” to being awarded Celtic Rock Album of the Year by Punk.ie (Ireland) for their 2014 record The Hunger & The Fight..

The Mahones are comprised of McConnell (lead vocals/guitar/mandolin), Katie Kaboom (accordion/keyboards/mandolin/vocals), Sean Winter (banjo/mandolin/harmonica/vocals), Sean “Riot” Ryan (bass guitar/vocals), Michael O’Grady (accordion/tin whistle/guitar/vocals) and Scruffy Wallace (bagpipes/tin whistle/guitar/vocals) who has re-joined the band after spending 2003-2015 with Dropkick Murphys and rounds out the group. Together, the band is revisiting and re-recording some of their most beloved songs from the last two decades and half for 25 Years of Irish Punk! 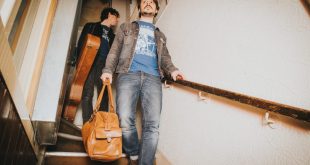 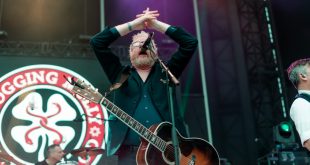