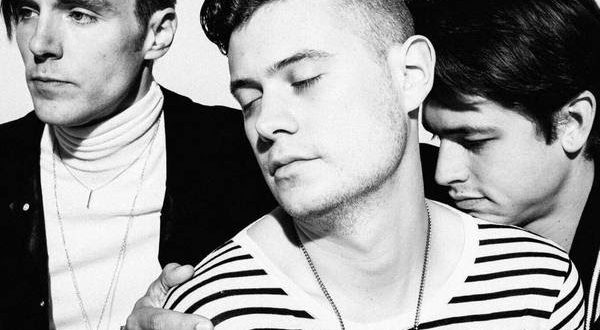 Album Review: DREAMERS – This Album Does Not Exist

Although this is only their debut album, indie rock act DREAMERS have already been gaining a wide array of attention as of late. The band has been releasing a few teaser tracks here and there, but with This Album Does Not Exist listeners will get an even better understanding of why so many people have been buzzing about the up and coming trio. With a sound that is self described as “grunge-pop” the band, consisting of vocalist/guitarist Nick Wold, bassist Nelson, and drummer Jacob Wick, has a fairly diverse string of influences and they don’t seem to have any problem wearing them on their sleeves, though it’s only through diving into every individual track that listeners will be able to capture every possible source of inspiration. That album itself is pretty diverse and features some very interesting content shifts between certain songs, though that’s not necessarily a bad feature on every occasion.

The opening track “Drugs” is a truly fantastic song thanks to its powerful chorus and high quality production. The buildup that the song creates is quite enjoyable though what makes the track stand out is its mix of fun instrumentation with slightly dark lyrics. In what could be described as a slight throwback to the gleefully somber sound that was present throughout the 1980’s, DREAMERS have a very unique way of blending together an upbeat presence but also create a somewhat sense of uneasiness. “Drugs” is a great way to kick off the album and the momentum it creates is carried on in the next few songs as well. Track 3 “Sweet Disaster” offers good vocals, synth work which is practically mandatory among any indie act nowadays, and a vibe that actually feels reminiscent of MGMT oddly enough. With a catchy hook and playful instrumentals, “Sweet Disaster” is a nice track even if it isn’t overly complicated.

It’s not until the middle-ending portions of the album that DREAMERS really show off their various musical influences. Track 6 “Cry Out For Me” features some of the best vocals on the entire project and while it sounds like something Walk the Moon could have easily released this past year, the song is also reminiscent of something that could be found on the first couple of Maroon 5 records. This might be a slight turnoff for some considering that it’s been awhile since that style has been popular, though it still manages to work with how the bands presents it. With other tracks such as “Never Too Late To Dance” and “Last Night On Earth” DREAMERS are able to successfully pull off the signature indie rock sound that has been so prevalent in the past few years, and this accomplishment can likely gain them some possibility of radio airplay thanks to an accessible sounds.

One of the more signature influences present on This Album Does Not Exist is on the closing track “Little New Moon.” With how the vocals and chorus are arranged, “Little New Moon” feels incredibly similar to a track that The Strokes could have put on Is This It. With such an impressive presentation, this track is a true bright moment on the album and is a strong component to close with. Other tracks like “Pain Killer” and “To The Fire” aren’t poor songs though they do feel just a bit bland and don’t offer as many memorable aspects like the others that have already been mentioned. Certain tracks like these simply feel rather safe and don’t quite emote the same original sound that the other memorable songs are able to achieve. Because of this, the album might come off as slightly uneven to those who were craving a more consistent record all the way through, though this does make the significant moments stand out in an even greater fashion.

DREAMERS might not be reinventing the wheel for indie rock with their debut, but they definitely offer a solid record that should garner them some deserved attention. It wouldn’t be surprising to see this band have success on the rock charts later this year seeing as how they can fit in very well with other pop artists. This Album Does Not Exist should should satisfy those looking for a healthy dose of pop rock and help establish DREAMERS as a band to definitely expect big things from in the future.

Tags Album Review dreamers indie rock this is not an album

Cain Miller is an aspiring writer who hopes to work his way up and gain notoriety for his material. Having written about film, television, music, and sports, Cain is always looking to gain as much experience as he can and continue to improve his writing abilities.
@cainemiller
Previous Review & Gallery: Whitesnake at The Wellmont Theater in Montclair, NJ 06.21.2016
Next Apollo Under Fire Release Self-Titled LP