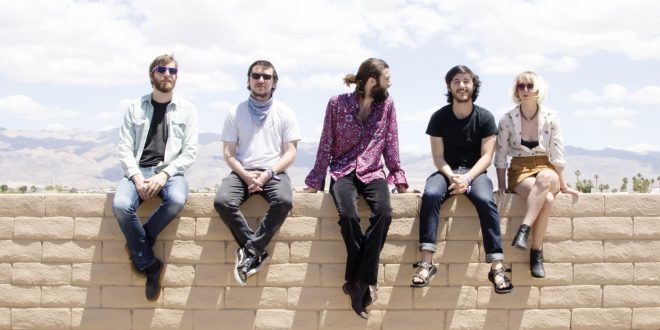 “Chillin’ On The Beach With My Best Friend Jesus Christ,” the new video from Charleston-based SUSTO premieres on Nerdist, who say, “It’s a catchy folk tune that functions as both bible camp parody and beachfront anthem. Regardless of whether you’re a believer, non-believer, or something in between, it’s tough to argue [the track] isn’t a ton of fun.” Of their new summer single the band says, “Growing up in deeply religious households and revering Jesus Christ as a personalized figure; we wanted to portray a real religious experience in a way that reflects our contemporary lifestyle. In no way is the song or video meant to be offensive, on the contrary we are trying to bridge the gap between believer and non-believer. We want to encourage a light-hearted approach to finding unity in a world of differences.” Watch the video HERE on Nerdist. The single is also available for download and a vinyl 7” pre-order HERE.

After earlier touring with Futurebirds and Heartless Bastards this winter, the band has confirmed performances at Austin City Limits 2016 and the American Music Association’s AmericanaFest following their debut at Stagecoach. See below for a full list of tour dates.

SUSTO’s new Daytrotter Session is now available as is Twangville’s video premiere for “Cigarettes, Whiskey and Wine.” Another single, “Cosmic Cowboy,” is available for listen HERE. The track appears on their forthcoming sophomore full-length album & I’m Fine Today, set to be released soon. Additionally, a trailer for the band’s documentary can be viewed HERE.

In 2013, singer and songwriter Justin Osborne moved to Havana, Cuba to study anthropology and found himself immersed in the music scene there, strongly influenced by local musicians who played in the Trova style and the American confessional poetry movement of the late 1950s and early 1960s. Returning home in 2013 he founded the band SUSTO, drawing inspiration from his musical discoveries in Cuba along with the homegrown music scene in Charleston. Osborne named the band after a medical syndrome specific to Latin American culture that roughly translates as “panic attack” and invited musicians including Johnny Delaware (guitar, piano), Marshall Hudson (drums), Jenna Desmond (bass) and Corey Campbell (keyboard and guitar) to join him.

The band released their self-titled debut in April 2014, which The Charleston City Paper describes as “Southern Gothic country through and through.” The band immediately followed up with a North American tour playing shows with Shovels and Rope and Band of Horses. In April 2015 SUSTO released a live album featuring Ben Bridwell from Band of Horses, which was made available from the Australian Country Music Hall of Fame. SUSTO later went on to be the support act for Bridwell and Iron & Wine on their fall 2015 tour. Daytrotter, via Paste, described the live performance, calling it “breathtaking.”