Home / Album Reviews / The Lowest Pair – Uncertain as It Is Uneven 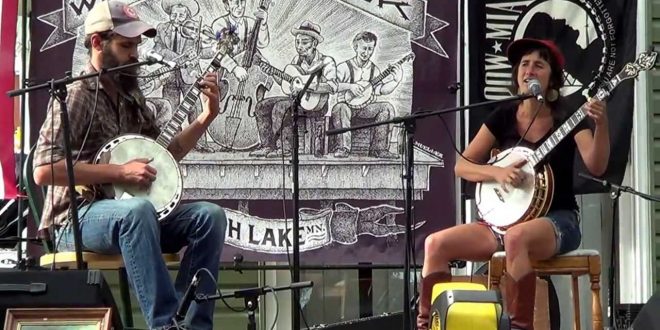 The Lowest Pair – Uncertain as It Is Uneven

The Lowest Pair – Uncertain as It Is Uneven

Not many acts, regardless of genre, will take on the bold task of releasing two studio albums per year. The Lowest Pair are not your usual musical unit, however, and 2016 marks the second consecutive year that the duo, featuring Kendl Winter and Palmer T. Lee, unleash two albums of completely original material into the world. This year, however, they have topped themselves by releasing those album simultaneously. There is no great conceptual idea uniting the two works thematically. The songs on Fern Girl and Ice Man are, in general, a bit more into envelope pushing than those on this album, Uncertain as It Is Uneven. They aren’t an unimaginative heritage act on this release. Far from it. The eleven songs on this album, especially when juxtaposed against material of a distinctly different character on Fern Girl and Ice Man, are wrought from very individual sensibilities and use the trappings of traditional music as a stylish vehicle for dramatizing stories and depicting their lives.

The album opens in quite a meditative mood with “The Company I Keep”. The duo’s songwriting perspective is often self-reflective and tightly meshed with the past. It’s no exception here. Kendl Winter takes great care exploring the artistic possibilities of the song’s lyrical and melodic content. The resulting phrasing brings the song as much to life as any of its musical components. “Keeweenaw Flower” and “Lonesome Sunrise” are much more traditionally slanted material. The first removes the banjo from the equation entirely and, instead, relies on Lee’s sterling guitar work to carry the melody. The imagery has its own unique personal touch while still recalling hundreds of similarly themed songs. The second keeps itself much closer to traditional imagery than “Keeweenaw Flower” and rekindles the bluegrass flame burning in the heart of so many songs from the duo, but it likewise has its own distinctive flair that makes it more than mere musical curiosity.

“37 Tears” and “The Sky is Green” are exceptional examples of songwriting for very different reasons. The former is an exceedingly clever lyric with multiple possible interpretations and highlights one of the duo’s core songwriting strengths. Throughout their discography, The Lower Pair have consistently written songs that blend the specific and general in ways that allows them to satisfying their own needs as writers while still providing a largely blank canvas for listeners to make sense of the song. The second track is full of direct and quite arresting imagery. The sensory writing is a bit more metaphorical than on the preceding song, but it works just as well thanks to Winter’s deliberate, but deeply musical, vocal approach.

The album’s final song, “By Then Where Will That Be”, is the longest piece on Uncertain as it Is Uneven and contains obvious overtures of “the big statement” to conclude an album. Regarded in such a light, the song succeeds quite nicely. The duo are very talented writers and, as a result, there isn’t a single word here out of place. Those last words are a defining characteristic of the work as a whole. There isn’t a single note or song misplaced on this great album and its quality raises the bar for the entire genre.