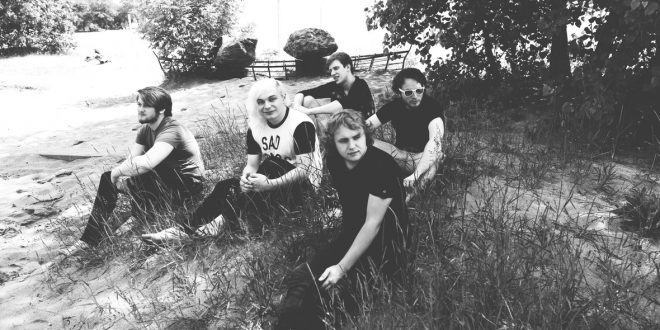 Milwaukee indie rock quintet Treason This has released a new music video for their single “Joy”. The quirky video has an upbeat sound to match its name, however vocalist Michael Ingle states the track was written at major low point in his life.

“This song was sort of a turn around for me,” says Ingle. “I realized that I was letting my own happiness be determined entirely by everyone else’s opinions. I wasn’t being true to myself, and was giving in to the pressure of what other people wanted me to be. ‘Joy’ was written about picking myself back up, and pushing myself to become happy in the moment. It’s about taking life for all that it’s worth.“

“Joy” was produced by Peter Doucette Photography and is the first single off of an upcoming EP set to be released in Late 2016/Early 2017. Treason This will also be appearing on the Milwaukee date of the Van’s Warped Tour after placing second overall in the entire PLAY Warped Tour contest.

Treason This is a Indie-Rock/Pop-Punk band out of Milwaukee, Wisconsin.

With every line the band teaches a master class on wordy, yet undeniably infectious hooks that will have you singing along for weeks. Driven by Ingle’s highly relatable lyrics, woven carefully into pounding guitars and drums, each track shows depth and character far beyond the members years.

Somewhere in the realm of a My Chemical Romance/Motion City Soundtrack/Say Anything cross breed, the band launches from gut wrenchingly defeated, to 100% teen angst in seconds flat.

Previous GALLERY: ROMES @ Mercury Lounge on June 13, 2016
Next One Day Waiting are “Dying for the Truth” on New Single and ‘Mouthbreather’ EP