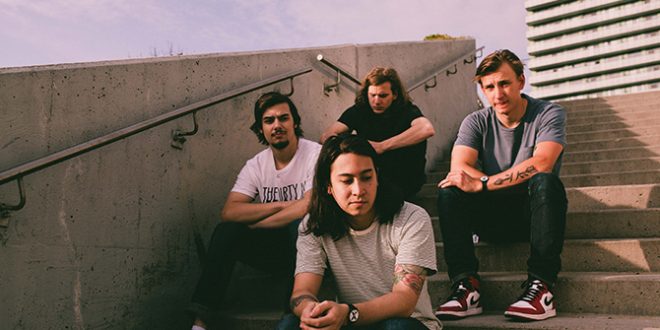 Music critics love when pop-punk bands mature, but most loyal listeners hate it, since it so often means stepping away from the eternally adolescent genre they love and into territory that may be too new, too different. It’s rare, then, that a maturing pop-punk band can satisfy both the music critic and loyal listener, but Toronto’s Safe To Say finds the balance on their second full-length Down in the Dark, out digitally and on CD Friday July 22.

Today fans can hear Safe To Say push themselves to a new place with “Tangerine,” one of the most powerful songs on the album. Bring The Noise declares that it “floats through your ears with a calming gracefulness and ease a la Title Fight’s ‘Murder Your Memory’ or Brand New’s ‘Jesus Christ'” and is currently streaming.

The balance between making music for fans and the rest of the world wasn’t struck without some toil, though, says singer/guitarist Brad Garcia, who spent a year privately piecing together melodies on voice memos and scraps of paper, choosing not to share the songs with the band, even as they entered the studio. The result of this unconventional process is an unconventional product, one that embraces the pop-punk that Safe To Say mastered on their previous EP Hiding Games even as it breaks its own rules.

Down in the Dark strikes that stubborn balance: Safe To Say’s melodic and lyrical maturity appeals to the music critic, tells an interesting story, but there’s still enough pop in this punk—and enough punk in this pop—to appeal to their loyal listeners. Regardless of what this maturity means and who it impresses most, though, it reveals a band who’s grown beyond these concerns. “Safe to Say is four people, who happen to grow and write music together,” Garcia concludes. “And, to me, that’s just rock and roll.”

Tags Down in the Dark Safe To Say Tangerine

Previous Trivium in Bratislava
Next New Single. The Living Statues: “I Never Asked” 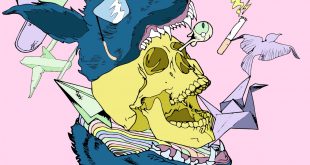