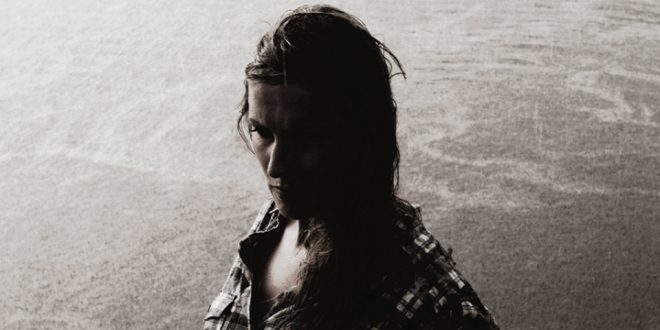 It’s unfair, with some albums, to have to turn out a quick review. Most albums are easily digestible and a reviewer’s first impressions aren’t always subject to change. However, there are releases that come along every once in a while when you make a couple of run throughs, listening to things in their entirety, and while you grasp what you are hearing, you can’t help but wish that you had more time before pronouncing a final judgment. Of course, we shouldn’t ever confuse reviews for a final judgment, but any responsible writer and music lover should feel a certain obligation to try and get things right. Or at least close.

Moon & Pollution do a lot of things right on their debut, The Box Borealis. Great albums unfold rather than immediately explain themselves and this is no exception. One half of Moon & Pollution, plus a respected producer, Graham O’Brien favors lush electronica, but he doesn’t indiscriminately pile it up. Instead, he lets it wash over listeners, pulls back, opens up spaces, and then surprises listeners yet again. The title song is an excellent example of his approach. It opens the album with some overwhelming moments when layers of electronica, percussion, and echo soaked vocals red line the speakers, but vocalist Molly Dean’s sensitive yet powerful voice mitigates a lot of the clatter and O’Brien contrasts those moments with much more meditative passages. “Moon and Pollution” features some of Dean’s most poetic lyrics on the release and an appropriately thoughtful musical response surrounding her. “The Magnetic North” might be the album’s Luddite track – people will love it or hate it. It has less of a discernible structure than many of the songs, but there are outlines here that listeners can follow with repeated listeners. It’s illustrative of how The Box Borealis is an album that doesn’t easily surrender its secrets.

“Solace Sandwich” has the album’s most infectious groove, a hook heavy drum beat that swings some and immediately draws listeners in. Dean’s experienced hand on vocals recognizes this, of course, and responds in kind with a delightfully playful and even sensual performance. Things take on a much darker hue, however, on the dirge-like “I Know”. This bleak musical horror show has one thing holding it together and preventing a final slip into the black – Dean’s voice. She lives in the center of this mix, wailing against the monstrous backing around her, sounding utterly indomitable. Moon & Pollution revisit territory explored near the album’s beginning on “Alter Eagle”, but this is a much more developed bit of songwriting than the initial offerings on The Box Borealis.

Give this one time. If you don’t like it initially, revisit, and if you love it, keep coming back. Dean and O’Brien have delivered one of the most under the radar ambitious work of the year with The Box Borealis and the unique mix of their talent is sure to produce even greater work in the future.