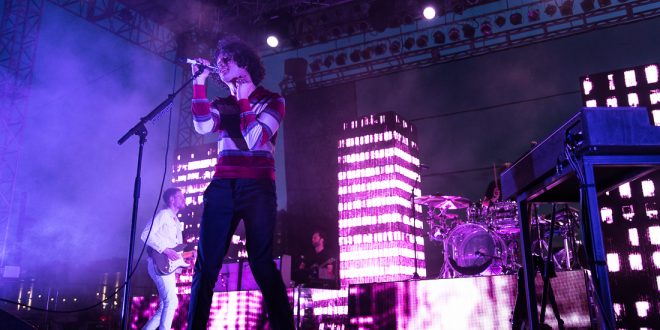 One of the year’s stand out bands, The 1975, capped off the night at the second annual Shadow of the City Festival. Fueled by catchy riffs and dance-along tunes, the British alternative rockers have been conquering hearts worldwide. Packed in tight at Asbury Park’s Stone Pony Summer Stage, hundreds of fans screamed their hearts out the moment the band took the stage, and continued to do so throughout the band’s headliner set. Backed by a phenomenal production, and armed with a catalogue of instant favorites, The 1975 was a perfect note on which to end this year’s indie-pop celebration.

Check out some of our shots from The 1975’s performance below: