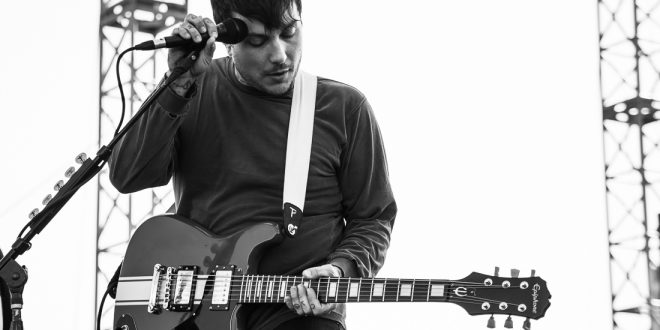 frnkiero andthe cellabration has been touring relentlessly since the release of their debut album Stomachaches in August of 2014. Currently in the studio working on their sophomore album, the band came out to the second annual Shadow of the City Festival. Held in Asbury Park’s historic Stone Pony Summerstage, the festival boasted an eclectic lineup of today’s current indie pop hits (including BØRNS, Carly Rae Jepsen and The 1975 in the headliner spots). While frnkiero andthe cellabration may have been an edgier punk-rock departure from the otherwise indie lineup, there’s no doubt that the band continues to gather a dedicated local following.

Check out some of our shots from the band’s set below: