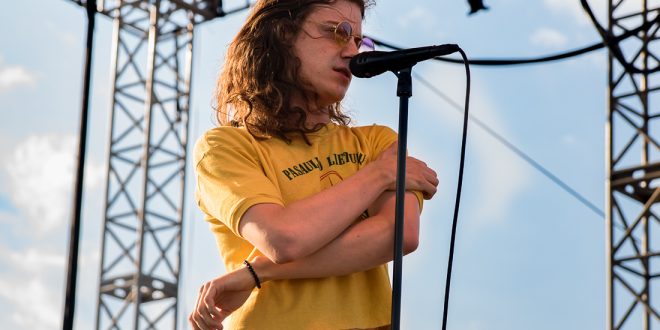 Gallery: BØRNS at Shadow of the City 2016, Asbury Park NJ

Since the release of his debut album, Dopamine, BØRNS has been quickly turning himself into a household name. With a vibe reminiscent of warm West Coast nights, it’s really no surprise that he was one of the main draws to this year’s Shadow of the City Festival. Held in Asbury Park’s historic Stone Pony Summer Stage, the festival boasted an eclectic lineup of today’s current indie pop hits, including Carly Rae Jepsen and headliners The 1975. BØRNS performed a dreamy 45 minute set featuring several sing-along tunes like “American Money,” “Seeing Stars” and the popular hit “Electric Love.”

Check out some of our photos of BØRNS’ set below: