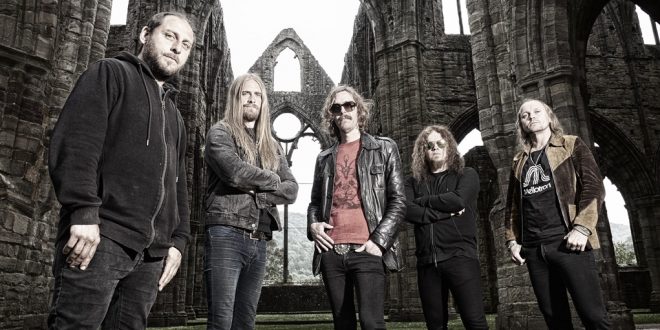 Swedish experimental, prog legends OPETH have announced a North American, headline tour, which will kick off with a performance at Ozzfest/Knotfest on September 24th in San Bernardino, CA. The tour will continue through the following month before wrapping up on October 26th in Vancouver, BC.

The tour announcement comes on the heels of Nuclear Blast Entertainment’s recent signing of the band and news of the band’s forthcoming, 12th studio album, Sorceress, that’s due out later this year on the band’s own imprint label Moderbolget Records. Watch an album teaser now:

OPETH’s highly-anticipated record, Sorceress, follows their critically praised 2014 album, Pale Communion, which AllMusic.com described as “a massive leap forward, not only in terms of style but also in its instrumental and performance acumen; it is nearly unlimited in its creativity.”

Throughout the band’s illustrious 25+ year career, OPETH’s sound has continuously evolved, keeping both fans and critics guessing at their next move. With the impending release of Sorceress, the band will further demonstrate their range of talent and progression that has garnered them legions of fans worldwide and cemented their place as one of modern music’s most intriguing and accomplished bands.

Tour dates are listed below. To purchase VIP packages and tickets visit opeth.com.