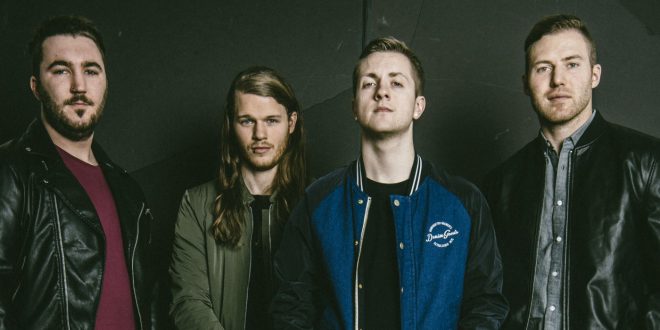 Detroit rock band I Prevail has announced today the title and artwork for their forthcoming, debut album. The record is called,Lifelines, and it’s expected out later this year from Fearless Records.

The band’s first full-length record follows the band’s 2014, breakout EP, Heart vs. Mind, which featured their massively successful cover of Taylor Swift’s “Blank Space.” They went on to sell 300,000 singles, generated over 40 million streams and were introduced to a worldwide audience of fans.

Nominated for Alternative Press’ best “Breakthrough Band” at the upcoming 2016 APMAs, I Prevail returns with one of the scene’s most anticipated albums, Lifelines. The new record was recorded at Wall of Sound Studios in Riley, MI with producers B.J. Perry and John Pregler.

“Making this record pushed us to our limits, which is exactly how we wanted it,” says vocalist Brian Burkheiser. “That’s how you know you’ve put your all into something. The writing process took over a year because we just refused to settle.  We’re going to prove to the world that we’re here to stay. Our heart and soul is in every track.”

“We really wanted to stay true to our sound, but also find a way to continue maturing at the same time,” adds lead guitarist Steve Menoian. “I think we found a good balance.  The choruses are bigger, the heavy parts are heavier, and we were able to express a message that is really meaningful to all of us.”

Fans can get a taste of what’s to come on I Prevail’s upcoming North American headline tour, which kicks off in Grand Rapids, MI on July 14th. Follow the band on Facebook for more updates.