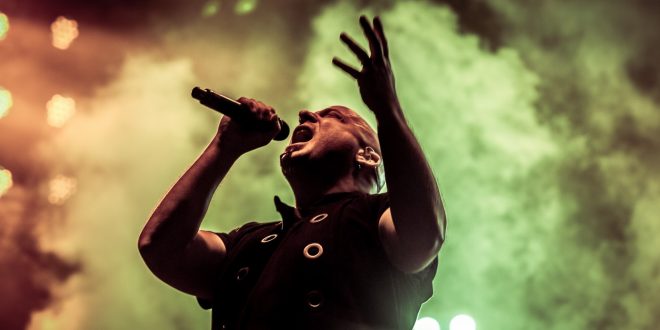 Gallery: Welcome to Rockville 2016 at Metropolitan Park in Jacksonville, FL

Once again the last weekend in April marks the annual gathering of metal fans from across the country and even the world for one of the greatest music festivals we have had the privilege of covering. Monster Energy’s Welcome to Rockville! For two days, Jacksonville Florida is overtaken by ravenous metal heads looking to hear some of the best music on the planet!  This year was no exception. With 40 plus bands, 4 stages, 2 days and thousands of attendees; if you haven’t gone or experienced it, consider it your metal DUTY to make the pilgrimage to Florida and see it!

2016 is by far no exception, with virtual newcomers such as From Ashes to New and Avatar to powerful performances by Disturbed and Rob Zombie; we were privilege to some iconic performances. The most unique personal moment for me at the event was to witness Lamb of God with Chris Adler on drums bring down the house, only to catch him 30 minutes later at the main stage playing drums for the almighty Megadeath. Five Finger Death Punch delivered, firing on all cylinders bringing energy, aggression and excitement. Now that’s not all the surprises that Rockville had for us, performances by Filter on the heels of their new album Crazy Eyes, Orlando natives Trivium with Silence in the Snow, Issues with Headspace and countless other performers making either their debut to Rockville or triumphant return.

Lacey Sturm put on an emotional and stunning performance! What can I say, Sevendust just kills it live. I have seen a lot of shows and I was completely blown away by their live performance. By far I can write about this experience for days. Between the music, the experience, the crowd and the people that make it all worthwhile; Rockville may very well be the Mecca for Metal in the Southeastern United States. Some of my favorite performances, for me, besides the artists I mentioned above included: Bring Me the Horizon, Cypress Hill, Miss May I, Parkway Drive, Pennywise, Memphis May Fire and We Came as Romans. After this year, I can’t wait to see what they have in the works for next year!!!!

Check out some of our photos from the weekend below:

From Ashes to New

Bring Me the Horizon

Metal!!! I am never without a camera, I am never without music, I can not live without coffee... I cook, I manage a band (shameless plug Modern Day Outlaw), I shoot people with my camera, and I drink tequila and whiskey... That's me in a nutshell! Follow me on Facebook, Twitter, and Instagram.
@@Melly1172
Previous Gallery: Saves The Day on Taste of Chaos Tour, Holmdel NJ 06.17.16
Next Another Lost Year Releases New Video “We All Die Alone” & Announce Tour Dates