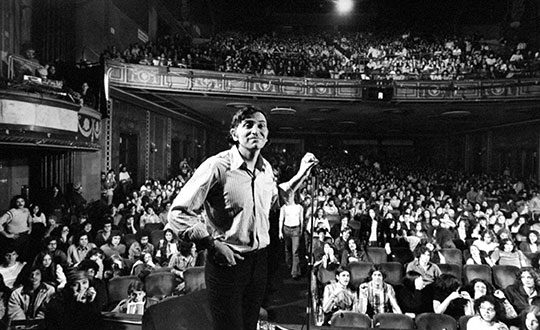 The National Museum of American Jewish History (NMAJH) in Philadelphia will be the exclusive East Coast venue for Bill Graham and the Rock and Roll Revolution. The exhibition, which opens on September 16 and will run through January 16, 2017, presents the first comprehensive retrospective about the life and career of legendary rock impresario Bill Graham (19311991). Recognized as one of the most influential concert promoters in history, Graham played a pivotal role in the careers of iconic artists including the Grateful Dead, Jefferson Airplane, Janis Joplin, Jimi Hendrix, Santana, Fleetwood Mac, the Who, Led Zeppelin, the Doors, and the Rolling Stones. He conceived of rock & roll as a powerful force for supporting humanitarian causes and was instrumental in the production of milestone benefit concerts such as Live Aid (1985)which took place in Philadelphia and Londonand Human Rights Now! (1988). The Museum will be open late on Wednesday nights (until 8 pm) throughout the run of the show.*

Bill Graham lived the America Dream, and helped to promote and popularize a truly American phenomenon:

Rock & Roll. The exhibition illuminates how his childhood experiences as a Jewish emigrant from Nazi Germany fueled his drive and ingenuity as a cultural innovator and advocate for social justice. Born in Berlin, Graham immigrated to New York at the age of ten as part of a Red Cross effort to help Jewish children fleeing the Nazis. He went to live with a foster family in the Bronx and spent his teenage years in New York City before being drafted to fight in the Korean War. In the early 1960s, he relocated to San Francisco, just as the counterculture was gathering steam, and became the business manager for the San Francisco Mime Troupe, a radical theater company that performed for free in parks.

Graham mounted his first concert, a benefit to support the legal defense of one of the Mime Troupes actors, featuring an eclectic mix of performers including the Fugs, Lawrence Ferlinghetti, and Jefferson Airplane. It was a transformative moment: Graham had discovered his calling. He soon took over the lease on San Franciscos famed Fillmore Auditorium, where he produced groundbreaking shows throughout the 60sincluding sold-out concerts by the Grateful Dead, Cream, Big Brother & the Holding Company, and the Doors, before going on to present pivotal shows by Jimi Hendrix; Crosby, Stills, Nash & Young; Bob Dylan; and The Band at his venues in San Francisco and New York City. Grahams mastery at promoting, marketing, and managing artists propelled him to become one of rock & rolls most influential figures.

Graham entered the music scene at a pivotal moment and harnessed the spirit of the 1960s, marked by the Vietnam War and the civil rights movement, says Josh Perelman, PhD, chief curator and director of exhibitions and collections at the Museum. His genius was to understand the opportunity that the energy and idealism of the times presented to make rock and roll the voice of a generation. The fact that we are hosting the exhibition in Philadelphia is particularly meaningful, as it was the American site for the 1985 Live Aid concert and is now the home to a new Fillmore.

Bill Graham and the Rock & Roll Revolution was organized by the Skirball Cultural Center, Los Angeles. Featuring iconic psychedelic concert posters, rock memorabilia, photographs, films, and ephemera, the exhibition explores the momentous cultural transformations of the 60s, 70s, and 80s through the lens of rock & roll. The exhibition includes more than 200 objects from lenders across the countrymany being shown in public for the first time, including Janis Joplins tambourine, a handwritten note from Donovan to Graham, Pete Townshends 1968 Gibson SG Special used during a performance of Tommy, and Grahams personal scrapbooks. Treasured photographs and artifacts from Grahams early life and career are loan from the Graham family, many on view to the public for the first time. Also for the first time ever, preparatory drawings and the original artwork of several iconic Fillmore concert posters will be on museum display, revealing the signature visual styles and creative process of poster artists Bonnie MacLean, Wes Wilson, David Singer, and Greg Irons. A New Years Eve themed concourse takeover featuring Grahams famous Father Time costume will be featured, as well as an installation of The Joshua Light Show, the trailblazing liquid light show conceived in 1967 by multimedia artist Joshua White, which served as a backdrop to many Graham-produced concerts. Unique to NMAJHs run of the exhibition will be a number of items from Philadelphias Live Aid concert and the citys music scene.

Bill Graham and the Rock & Roll Revolution will be complemented by several public and education programs to be announced at a later date.

*The Museum will be closed on the evening of October 27 for a private event.

Bill Graham and the Rock and Roll Revolution is organized and circulated by the Skirball Cultural Center, Los Angeles, in association with the Bill Graham Memorial Foundation, and made possible by the support of Alex Graham, David Graham, and Danny Scher. 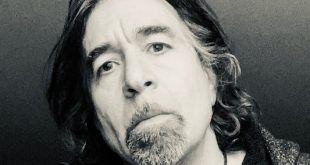