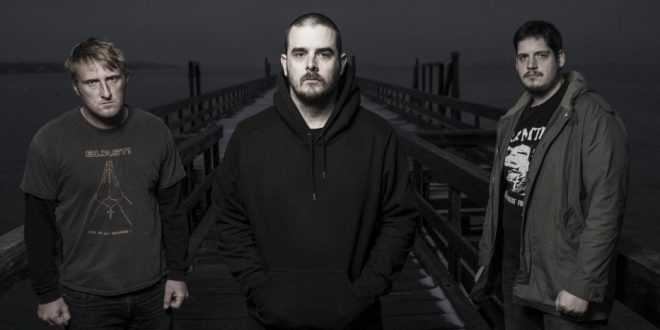 Album Review: Nails – You Will Never be One of Us

For their third full length album, Powerviolence band Nails have returned with another set of truly harsh, unrelenting tracks that is sure to live up to the band’s infamous soundscape. With this being their longest project to date, with a runtime of 21 minutes, You Will Never be One of Us follows the similar formula that Nails have created on their previous two releases which makes this album sure to please their fan base. With the majority of the tracks not even exceeding two minutes, this album isn’t exactly a chore to sit through but that’s what makes Nails have such a unique style. Their albums are short, explosions of brutality that assaults all senses. With noisy guitar work and pummeling drums, the hardcore style of Nails is quite present on their latest release though it does have a few interesting new characteristics behind it.

One of the key standout aspects of this new album is that there seems to be even more metal influence than on their last two studio albums. Nails have always had clear heavy metal influences, particularly in some of their riffs, though You Will Never be One of Us offers moments of metal that feel a bit more traditional than what they’ve chosen to show in the past. With tracks like “Violence is Forever” and “Savage Intolerance” the mix of grinding guitar riffs and growling vocals actually provide a sounds that’s slightly more accessible than their past material, at least by their own standards. This record is still certainly not going to be for everyone considering how brash it is, but it’s arguable that it could actually find a wider audience than their other albums. That’s not to say that this record is superior to a piece of work such as Silent Death, an album that is quite hard to top, but there are moments on You Will Never be One of US that could possibly gather the attention of listeners who are not formally fans of the powerviolence genre thanks to its metal roots. And even though this album offers something for new audiences, that’s not to say that there aren’t some surprises for those who are already familiar with Nails as well.

The album’s closing track “They Come Crawling Back” is the band’s longest song to date seeing as how it lasts for over eight minutes, and that’s something that not many listeners were likely expecting from them. Presented in a manner that is somewhat reminiscent of the title track from Converge’s Jane Doe, “They Come Crawling Back” is a haunting tune to end with due to its unsettling nature even by Nails’ standards. The track is slower than anything presented previously on the record which gives it a sludgier vibe than anything the band has put out in recent memory. Having put forth a sound that seems as if it almost includes some black metal influence, this song is unlike any other Nails track that they’ve released and it offers a fascinating insight as to what the band could work on in the future.

While there are without a doubt some interesting changes for You Will Never be One of Us, Nails are more often than not sticking to the style that gained them attention to begin with and there is certainly nothing wrong with that, especially when they continue to put out such impressive material. With their latest record, Nails have still proven to be one of the most abrasive bands out there and it looks like they have no plans of stopping any time soon. The album’s purposefully raucous sound will probably turn off those who are still relatively new to the band or hardcore music in general, but to the fans that have followed Nails beginning around 2010 then this record will likely meet the high expectations one would expect from the group. With three solid albums under their belt now, it will be very intriguing to see where the band heads next and whether or not they will continue to slightly change up their sound based on what they showed in this album.

Cain Miller is an aspiring writer who hopes to work his way up and gain notoriety for his material. Having written about film, television, music, and sports, Cain is always looking to gain as much experience as he can and continue to improve his writing abilities.
@cainemiller
Previous Jasmin Stone announces “Time” music video
Next Gallery: Taking Back Sunday on Taste of Chaos Tour, Holmdel NJ 06.17.16