“EHM (electronic hardcore music) goodness” are the four words I would use to describe I See Stars’ new album Treehouse, which dropped on June 17th, 2016 under Sumerian Records. The Michigan-based four-piece band, with Devin Oliver on vocals and keys, Brent Allen on guitar, Jeff Valentine on bass, and Andrew Oliver on drums, definitely knows how to step up their game. Although the new album does not feature Zach Johnson’s heavy “unclean” vocals, the album is surprisingly satisfying. I was a bit worried for the band after losing two members, but Treehouse definitely surpasses the past four full-length albums they have put out in terms of production, lyrics, and vocals.

The album starts off with “Calm Snow,” my favorite track, which immediately grabs the listener’s attention with its mysterious piano introduction; it was almost as if I was in a whole other world. Just twenty seconds in, Devin Oliver’s soft vocals reached out and pulled me in by my ears. The very first line, “Don’t you tell me all them lies we both know,” will undeniably be relatable to anyone listening, especially when Devin Oliver sings it. However, the song does not truly stand out until Oliver’s clean vocals are backed up with softer than usual instrumentals that might seem a bit foreign to fans of New Demons, their fourth full-length album.

The first hit single, “Mobbin Out,” starts off steady with Oliver’s clear and hushed vocals. Whispered lines like, “I will not go. I’ll make it through the night. I will not go. I’ll shine my brighter lights,” do not put his voice to justice, but pack a great amount of strength and honesty. Unfortunately, these lines do get a bit repetitive.

On the other hand, the second song released to the public, “Running With Scissors,” is the exact opposite. The song explodes immediately with rowdy guitars, drums, and dubstep-like synths. Once Oliver begins to sing, everything stops, and I am forced to listen to what he has to say, “The truth cannot be any more clear, and I’m not asking you to hold on. It’s everything that you ever feared. I know you’re trying so hard to move on.” It was no lie when Oliver stated in an “Alternative Press” interview that “the electronic aspects could be their own songs.” The instrumentals alone put me in a trance, and there is absolutely no escaping it. You can find the interview here.

Songs like “Break,” “White Lies,” and “Everyone’s Safe In The Treehouse,” are definitely the slower songs on the album but seem to carry the most honesty. “White Lies,” my second favorite track, is full of relatable pain. “You said you’d be there ‘til the bitter end,” Oliver softly cries out. To sum up this song in one word, I would use “heartbreak.”

Although all twelve songs are filled with truth, “Break” is without a doubt the most truthful. Lines like “I’m standing out here in the rain. The whole damn world has gone insane. There’s only so much my mind can take. Your heart’s about to break” make it clear that the band is fed up and they are not afraid to show it. In fact, Devin admits “This is the most honest we could be, and that’s what I want people to see.” Out of the whole interview, this statement caught my eye.

“All In,” on the other hand, reminds me of A$AP Ferg’s “New Level” with its hype beat. The first time I listened to the song, I could not help but be reminded of Ferg’s chorus- “I’m on a new level. I’m on a new level.” With a smile on my face and my feet tapping to the beat, I knew this song was going to be overplayed. It is superb regardless of the need for a bit more annunciation.

All in all, no pun intended, Treehouse is by far the finest album I See Stars has put out. In addition to every track being deftly-produced, the four-piece band undoubtedly knows how to write quality music. Honestly, there isn’t a single track on the album I dislike, and it would not be a shocker if the boys received an invitation to join Jimmy Kimmel on live television once again. Treehouse, without a doubt, has caught my attention.

Be sure to head over to their Facebook page to tune in for updates, or follow the band on Instagram @iseestarsmusic! Treehouse is also available on Spotify and iTunes.

I See Stars is touring! They will be on Warped Tour all summer long:

Madelynn is a photographer and writer for Music Existence, an honors student at the University of Texas at Austin, and a video game addict. Aside from photography and school, Madelynn spends most of her time playing with friends online or finding new artists.
@madelynnvphotos
Previous Borderlands Releases “Voice Of The Voiceless” LP
Next Interview: Kiliyan Maguire from Charming Liars at The Bowery Ballroom in NYC on 05/22/2016 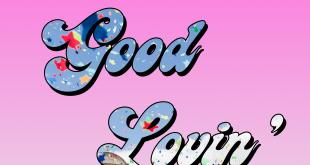