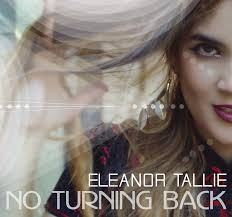 Eleanor Tallie – No Turning Back

Eleanor Tallie – No Turning Back

No Turning Back is the first effort from young vocal and songwriting phenomenon Eleanor Tallie. Tallie, Israeli-born, has sang in a variety of styles, including traditional Hebrew, but the clarion call of traditional American musical forms like soul and funk proved irresistible to her. She moved to the United States, settling in one of R&B’s ancestral homes Memphis Tennessee, and traversed the country with a band in tow performing a blistering mix of blues, soul, funk, and R&B to any audience willing to listen. Plenty are. She notched over one hundred and fifty gigs in a year and a half and this extended road work now seems like the final wood shedding required for Tallie’s ascension from promising singer to potentially transformational talent.

“Hell Or Heaven” enlists guest vocalist Lil Riah to further bolster the song’s singing firepower and it helps make an already turbulent shot of funk and blues stormier than before. The band plays with a firecracker snap that spikes the energy level and gives it a sound like a band truly immersed in every note. Tallie and her cohorts plunge headlong into a hook-laden groove on “I Tried” and her lyrical musings give her some juicy material for such a fine backing track. It’s impossible to not hear the smirking, isn’t that the way that things go humor lurking beneath the surface of some of these songs and “I Tried”, as its title implies, is one of No Turning Back’s best examples in that area. She opts for a much more laidback approach on the following “Sunlight”, but despite the return of guest singer Lil Riah, the song is perhaps a little too laidback and lacking musical variation. Some fans might find themselves hanging on for an appropriate climax that never arrives. The song is far from weak, however, just not entirely successful.

The verve and punch of “My Present”, however, provides a startling contrast. Tallie is back in full control here, sparring with the instruments and lyrical content alike, leaning into the song’s changes with a theatricality and emotion belying her age. “Gotta Be Happy” is the EP’s best example of a 3am soul tune thoroughly drenched in the blues and Tallie shows off killer chops for milking atmosphere and making full use of dynamics. It’s also the EP’s longest track and the extended length means the players get a chance to show off the depth and melodic grace they bring to this release.

“A Real Man” crackles with bluesy fire. Like the preceding song, guitar makes a bigger impression on the arrangement than any songs before it, but these aren’t ever just six string histrionics. Instead, they enhance the mood and melodic qualities of the song while fattening things up impressively, yet there isn’t a single wasted note. No Turning Back is a lean and fantastic effort that speaks directly to listener’s hearts and resists any indulgences.