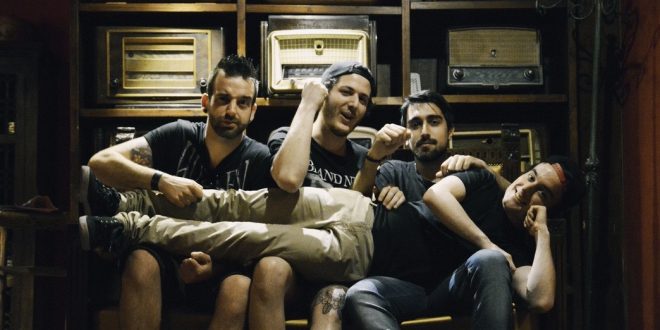 The Italian pop-punk band Well Planned Attack has released a new music video for their single “Unbreakable”. The comical visual is reminiscent of the Drive Thru Records days and is just a flat out good time.

“Sometimes in life there’s troubles that you can’t avoid or stop thinking about, but you have to find ways to re-focus your mind on the positives and the things that make you strong,” says vocalist Manuel Massaro. “The video for ‘Unbreakable’ is meant to remind you to have fun and stop thinking the worst.“

About Well Planned Attack:
Well Planned Attack is a band from Vicenza, Italy, born in early 2012. Their first EP ‘There’s I in Win’ was released in May 2013 and reached the 3rd position on the iTunes Alternative Chart.

After promoting the EP playing shows across the country for more than a year, they released a new single called “Milk And Tea” in June 2014. In 2015 they released the EP ‘A Place To Call Home’, mixed and mastered by Ian Sadler (Roam, Anavae, Homebound). The band then toured Japan tour, performed at POP-PUNK.IT Spring Fest along with Man Overboard, Moose Blood and Roam, and played several shows in Italy. Earlier this year, they toured Russia for the first time.