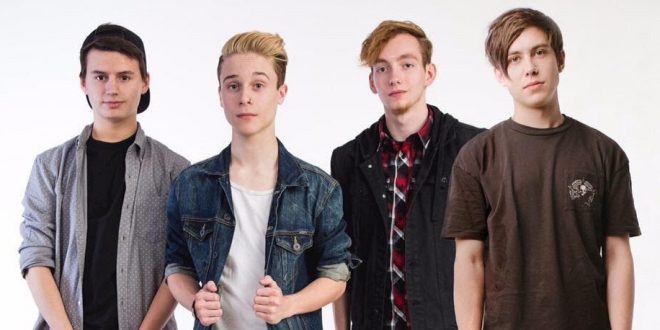 Pop punk rockers In Lights has announced their debut EP, Running With Scissors which is set to release on July 1st. Since forming in April of 2015, the four piece has been cultivating their sound and with the help of Josh Buckner who mixed and master the new EP, the band has done just that.

“We’ve put a lot of hard work into this album. I’d like to thank Josh for all his effort in helping us really find our sound. This EP really means a lot to us, especially lyrically to me, so we hope you love this as much as we do.” – Vocalist, Tanner MayDay

Connect with In Lights:

More About In Lights:

Forming in April of 2015 but not yet arriving on the scene until February 2016, In Lights was an internet project that all started when Ilya Turov (Guitar) contacted Tanner MayDay (Vocals) via Facebook. The band consisted of members of previous bands of Ilya’s. Members were moved around until the line up settled with Tanner MayDay (Vocals), Isaac Orue (Guitar), Ilya Turov (Guitar), and Grant Herrmann (Drums). Ilya, stationed in Almaty, Kazakstan, had 4 tracks in pre production. Tanner stepped in to help revise and write vocals.

Eventually, In Lights worked with Josh Buckner to perfect their EP. Ilya and Tanner both brought inspiration from different sides of the spectrum. Ilya helped bring the strong, catchy, hard hitting riffs in songs such as “One Year Down” and “Running With Scissors”. In the bridges of “Play Your Cards Right, Kid” and “Turn Tables”, Tanner helped bring a whole new feel to things.

With new members Isaac and Grant, In Lights is currently in the studio writing and recording their debut record. Expected to be released this summer with brand new ideas from both Isaac and Grant, be ready for a whole new feel to the sound as well as innovative ideas. 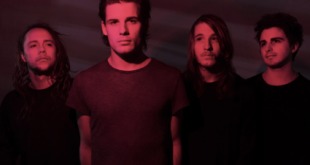