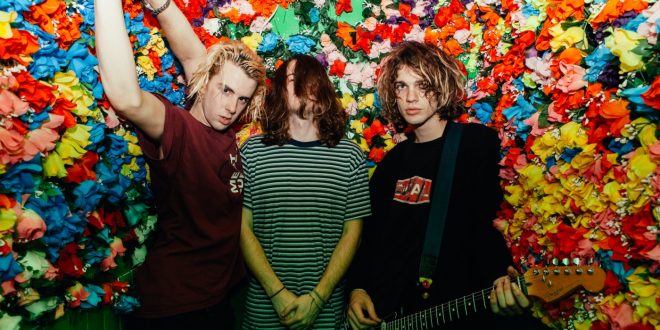 The intriguing alternative rock act Heyrocco‘s EP Waiting on Cool is available now via Dine Alone Records and Vital Music Group. This thrilling 6-track EP is full of complex melodies and captivating lyrics that is unique and refreshing in the modern rock scene, but would have also stood out from the crowd during the 90’s alternative explosion.

Formed in 2014 in Charlotte, South Carolina, Heyrocco consists of guitarist/vocalist Nathan Merli, bassist Christopher Cool, and drummer Tanner Cooper. The trio have been making a name for themselves, playing in a style that’s reminiscent of the 90’s alternative grunge scene. They effortlessly embody all the energy, wit, and cynicism that dominated the guitar-filled airwaves some 20 years ago. Waiting On Cool follows the 2015 full-length debut album Teenage Movie Soundtrack, and was recorded with producer/songwriter/guitarist Brendan Benson of The Raconteurs at his studio in the heart of Nashville.

Grungy guitars with a punk feel signal the explosive start to Waiting On Cool with “Yeah.” The beginning vaguely reminds me of Ramones‘ “Blitzkrieg Pop,” but as Merli’s vocals join in and the song takes on a definitive urgency, Tom Petty and the Heartbreakers‘ “Running Down the Dream” comes to mind. It’s really exciting to hear this modern twist on an old sound, and I really feel like I’ve traveled back in time, but with this song, I’m just not sure which decade in music I find myself in.

“It’s Always Something New” features an interesting, plucky guitar riff in this melodic upbeat number. I really relate to the “emotionally clueless” bits of this track, and the almost taunting female vocals add an interesting dimension that make this one seem like it belongs on a soundtrack for teen rom-com movie. With how quiet this song is in many places, especially since the fade out at the end is so subtle, I kept feeling like the band was going to surge back into another round of the chorus.

The picking and hammer-downs/pull-ups of an acoustic guitar open up “Slice Of Life” and pave the way for the rest of the band to come in and jam the same notes on electric guitar. In this half-time ballad, Merli’s vocals give me some strong 2D of the Gorillaz vibes, and the subtle swell in the music is easy for me to get lost in. I hardly even realized it happened.

In “Build It Up,” the grungy guitar riffs and clear drumbeats make an exciting return. There’s a distinct Blink-182 feel in this song, but I also feel like I’m listening to a track that could have been on the Gorillaz first album. The music takes on a dream-like quality during the bridge; while the acoustic strums at the end add some really deep layers.

Right away “Venice Beach” reminds me of two 90’s alt-rock favorites: Everclear and Sublime. I feel as though this song is what I’d get if I were to mix “Santa Monica” with “What I’ve Got.” The lazy vocals would be perfect background music for apathetic activities.

To me, the quiet opening of “Perfect World” is reminiscent of Simple Plan‘s “Perfect” but with a sarcastic twist. The lyrics, however, are where this song truly stands apart. The cynicism that begs the question “who wants to live in a perfect world?” I find to be incredibly humorous.  Personally, the idea of a perfect world sounds incredibly boring, and the canned TV laughter interspersed just before the bridge emphasizes the irony.

From the first explosive notes, to the final fade out, Heyrocco had me hooked throughout the entirety of Waiting On Cool. The simplicity in the music is what makes it complex, and the lyrics tickle my brain in all the best ways. The subtle background noises scattered throughout the EP, which are easy to dismiss but startling when I recognized them, add to the immersive listening experience. Be sure to check these guys out by picking up a copy of Waiting On Cool on iTunes, or stream the EP and Heyrocco’s other releases on Spotify. In the meantime, check out their video for “Mom Jeans” from the full-length album Teenage Movie Soundtrack below. 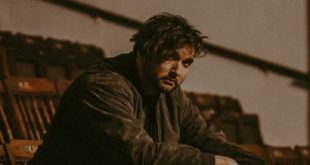