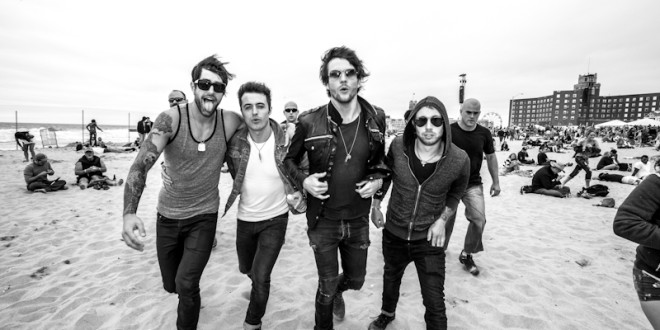 Last month, Boys Like Girls unveiled their highly anticipated 10 year anniversary tour where they will play their fan-favorite self-titled debut album in its entirety from front to back. Due to popular demand, Boys Like Girls are thrilled to announce they have added seven additional dates in select cities, St. Louis, Dallas, Denver, Salt Lake City, Tempe, Los Angeles, and Santa Ana. The additional tour dates come after the band sold out of pre-sale tickets and the first pressing of their vinyl via Field Day Records within minutes on the first day of the first run. Pre-sale tickets for the additional seven dates are available now until Thursday, June 16th at 11:59PM EST; general public on-sale is this Friday, June 17th at 12PM noon local time. Tickets for the pre-sale and general public on-sale can be purchased at boyslikegirls.com.

The album, which yielded 3 hits at Top 40 radio, was originally released on August 22nd, 2006, and gave rise to the band’s multi-platinum career. Included on the record were the singles “The Great Escape,” which catapulted the band into the mainstream (RIAA-certified Platinum, Top 10 at Top 40 radio, #1 on then-cultural-scoreboard Total Request Live, etc); “Hero/Heroine,” the nostalgia-tinged second single which was certified Gold by the RIAA; and “Thunder,” also an RIAA Gold single.

Vinyl Information:
The Field Day Records special edition vinyl sold out of the first pressing within a day. A 2nd pressing is now available, featuring the record on red translucent vinyl and a lyric insert, also a limited pressing of 500 hand-numbered copies.