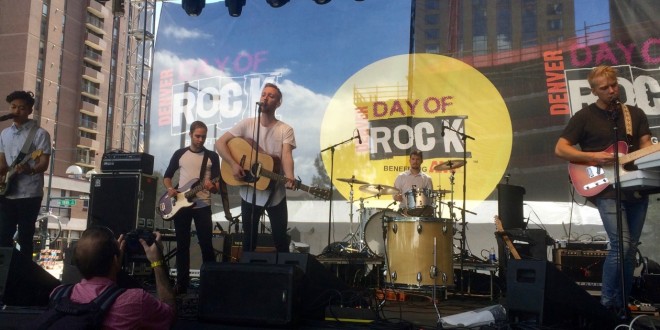 Indie Pop band POPFILTER has only been around for a few months now, but I was lucky enough to see Denver local band preform their unreleased EP at Skyline Park during 2016 Denver Day of Rock, benefiting the non profit Amp the Cause.

POPFILTER is just getting started, but their energy and upbeat tunes practically guarantee they’ll make a hit single by the time their first album drops. It was amazing to see them for free, in the beautiful Colorado weather, made possible by Amp the Cause and their sponsors.

Indie pop groups are increasingly common, so it can be difficult to separate yourself from the crowd. POPFILTER is reminiscent of bands like Vampire Weekend and Two Door Cinema Club, but separate themselves with some added ukulele and some killer sax solos. They were the first to preform during the festival and I was impressed at the amount of people roaming in to the park show from the streets of Denver, drawn to the music. The crowd had multiplied tenfold by the time they played their final, and most popular song “Empire.”

I have to say that their two released singles “Empire” and “All the Colors” were not the highlights of the show; there were other songs showed better range of their talent with interesting arrangements of ukulele, saxophone, and bumping bass lines, not to mention their wonderful cover of Tears for Fears’ “Everybody Wants to Rule the World.”

Overall, I’m excited to see more from this young band. Definitely check out their website with CO show dates here, and their music below and keep an eye on them for new releases. 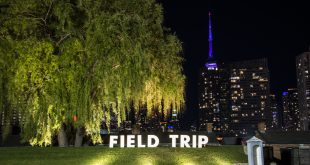