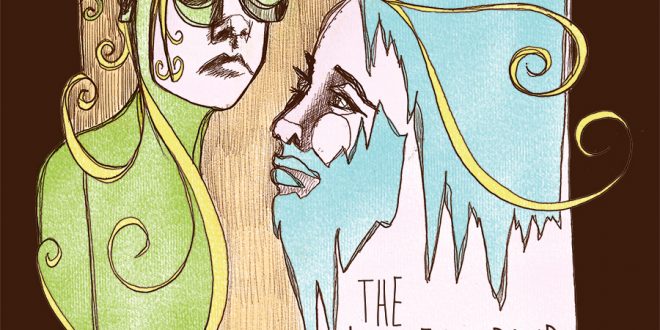 The male-female duo is a common template for bluegrass and folk acts since time immemorial, but unlike mass media’s love affair with the next hot and scantily clad twenty-something, the vast majority of these duo acts in the Americana field are impressively talented writers and performers with an eye and ear turned towards leaving behind something of lasting value. Fewer and fewer these days seem to take their cues from the genre’s social-engaged strain and, instead, embrace its virtues for singer/songwriters and storytellers. We should be thankful for this. Long after the headlines change and new bosses replace the old, songs like those The Lowest Pair serve up will still be completely relevant to human lives. Palmer T. Lee and Kendl Winter compromise the duo and, since their 2013 union, these two songwriting forces have been applying themselves to building a catalog capable of standing the test of time. If you call yourself an entertainer, fine. There is nothing wrong with making people smile if it doesn’t hurt anyone else. However, The Lowest Pair clearly aspire to more than just providing a good musical romp while you guzzle beer. They are entertaining, but much more.

“The River Will” opens the album and makes the aforementioned point abundantly clear. Lee’s charismatic vocal bristles with energy but never gets carried away with itself while delivering a movie-esque lyric with obvious influences, but a clearly original edge. Lee’s banjo playing is an ideal fit in attack and mood, but the song’s crowning musical strength comes from how well the two singers blend together in harmony. “Tagged Ear” is a far sparser song musically than the opener, certainly less busy, and this forces listeners to focus even more on the singing. It isn’t a weak spot anywhere else on the album and, in fact, Winter’s vocal turn on “Tagged Ear” is likely one of her best showings on the release. “When They Dance the Mountains Shake” cops some dynamics from more mainstream music in its gradual build. The use of brushed percussion and understated bass gives a little discreet weight to the song, but it would have worked just as well without it. One cannot help but admire their willingness to tweak the expectations of longtime listeners. The fiddle playing in the song’s second half is a welcome addition.

“Totes” will get lots of attention thanks to a canny, well-phrased vocal from Lee and a pyrotechnic display of lyric writing that peaks with an almost exultant, certainly determined, chorus. This track is a small gem hiding near the end of the album, so some might gloss over it thinking it a trifle tacked on as filler, but don’t miss out. “Sweet Breath” is one of the album’s most energetic numbers, but Lee’s ridiciously fluid banjo playing never falls apart and the vocals never lose a step keeping up with the musical pace. Fern Girl and Ice Man ends with “How Can I Roll”, similar in some ways to “Totes”, but coming from Winter’s point of view. The chorus has that same resoluteness of purpose listeners can hear in “Totes” and it’s doubly affecting this time around thanks to the stirring beauty of Winter’s voice.

This is the first of two different albums The Lowest Pair are releasing in 2016. The duo has amassed a more than respectable catalog in their three years of existence and it’s a testament to their boundless skill that, apparently, they haven’t yet come close to exhausting their creative fires. This is a mightily impressive effort from anyone, anywhere, today.

Previous Gallery: King James and the Killer Bee at the Duck Room in St. Louis, MO on 6.3.16
Next Interview with Beat Root Revival in Kansas City, MO June 4th, 2016