Home / News / The Head And The Heart Announce Extensive US Fall Tour, ‘Signs Of Light’ out 9/9 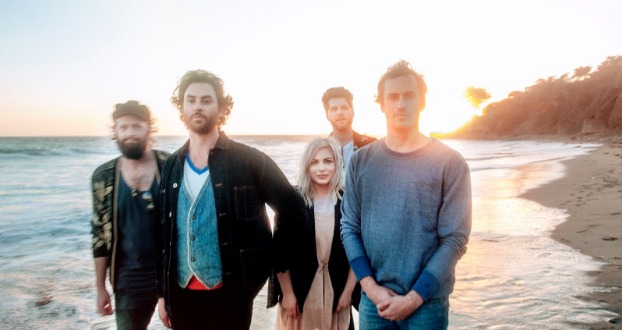 The Head And The Heart Announce Extensive US Fall Tour, ‘Signs Of Light’ out 9/9

Last week, The Head and the Heart announced the September 9th release of their third album, Signs of Light on Warner Bros. Records and shared first single “All We Ever Knew.” Today, the band announces an extensive US fall tour in support of the forthcoming record with stops in LA, NYC, DC, Chicago, Nashville and more. These dates follow already announced summer shows including the Ottawa Bluesfest, Mo Pop Festival in Detroit, Edmonton Folk Festival, Red Rocks Amphitheatre in Colorado and more. Every ticket purchased online for the fall tour includes the new album. Ticket bundle and complete rundown of previously and newly announced tour dates can be found below.

The Head and the Heart are set to perform “All We Ever Knew” on the outdoor stage of  Jimmy Kimmel Live!  June 21st. The band will also appear in the first two episodes of the upcoming Cameron Crowe written and directed Showtime series Roadies, which premiers on June 26th.

Stream “All We Ever Knew”:
Spotify | Apple Music | YouTube

Ticket Bundle
With every online ticket purchased for The Head and the Heart Fall Signs of Light tour, you’ll receive a choice of either a standard physical or standard digital copy of their new album, Signs of Light, released Friday September 9, 2016. You will receive instructions via email on how to redeem your album shortly after ticket purchase. For any tickets purchased after the release date, you will receive instructions via email 7-10 days after purchase.

The Head and The Heart US Tour Dates