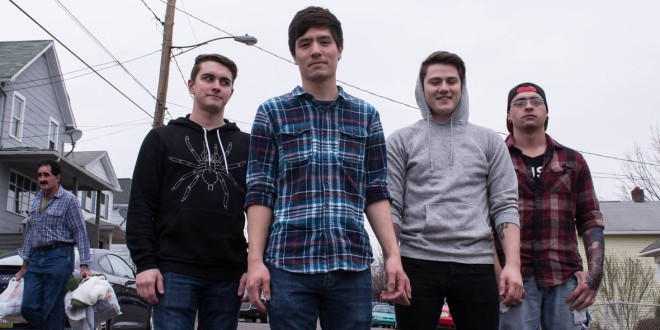 Nanticoke, PA quartet Send Request has released the official music video for their new single “Anymore”. The band shot the video in their friend’s house where they plug-in and unleash the infectious track that spills over with memorable melodies and lyrics that confront a frustrating situation with an optimistic attitude.

“The majority of the song’s meaning is about how I started to feel distant from the rest of the band,” says vocalist Andrew Blank. “Everyone started working full-time and we were barely even seeing each other. I knew everyone felt passionate about the band itself, but no one was able to meet up and at the time the complacency frustrated me.“

“Anymore” follows up the band’s 2015 EP Make Your Move, a release that Weekender called “a veritable toxicity of benevolent bubblegum that will literally turn your bad day on its ear; the stuff’s that enjoyable.” The record featured a cover of Wheatus’ “Teenage Dirtbag” which currently has over 100,000 plays on Spotify.

Previous Brand new music video from Armada Named Sound!
Next RAPPER RETURN BACK TO HIS ROOTS.