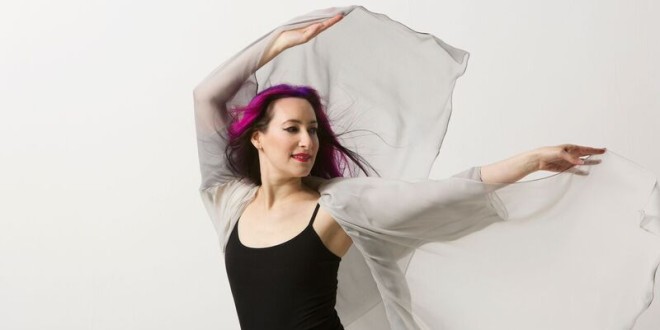 What inspires artists to produce an album is always something that catches my attention and helps new listeners understand where he or she is coming from and to relate better to their intentions regarding their approach to creating the record.

New York City-based contemporary artist Rachael Sage’s latest album titled “Choreographic” gives us a pretty rare source of muse: dance, as the album title suggests. Rachael’s early connection to her ballet beginnings brings an insightful perspective to how she purportedly envisions each song as a “fully-choreographed multi-media experience”, and yes, I can definitely picture a ballroom crowd dancing to each and every one of these piano-driven songs under bright yellow chandeliers and marble ceilings.

The chamber-pop album starts out with slightly grand fanfare in “Heaven (Is A Grocery Clerk), an intriguing song about hopes and dreams that is a pretty good introduction to what the rest of the album is all about. And they are mostly made up of ballroom numbers like the soft pop tunes “Loreena” and “French Doors”, the latter being a beautifully slow-paced ballad that has one of the better progressions and melodies on the album.

Rachael branches out to other genres tastefully as heard on the folk pop song “Five Alarms” that best displays her solid songwriting lyrics-wise, as well as on the psych rock-ish “I’ve Been Waiting” the most alien track here.

Towards the end of the album is where things get more personal and up-close, most notably in the stripped-down “7 Angels feat. Peter Himmelman” that has a graceful interaction between a flowing acoustic guitar and droning cellos. The following track “It Would Be Enough” carries the intimate vibe further on, this time with light percussions and a piano chords working with the strings. Although the chorus melody sounds borrowed from somewhere else, as my gut feeling tells me.

“Home (Acoustic)” gives “Choreographic” a somber finale as the album ends on a bittersweet note. It’s an easy-going tune with contrastingly introspective lyrics about being homesick and what home really is.

Rachael Sage had a creative idea on how to approach making her first album, and I think she pulled it off decently with a unique record in “Choreographic” that is capable of sending you to that marble ballroom I was talking about earlier. Alternatively, it can do a good job for anyone who wishes to practice their ballroom dancing on their own alone in their bedrooms.