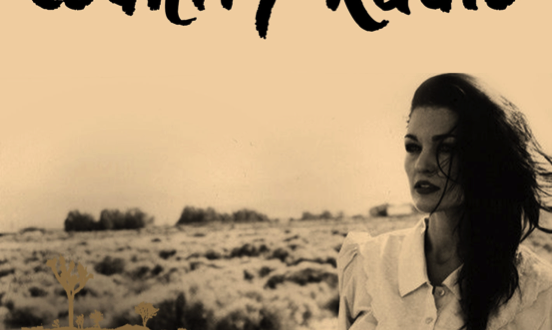 Angie and the Deserters – Country Radio

Angie and the Deserters – Country Radio

Angie Bruyere’s stunning beauty shouldn’t make anyone think she’s a lightweight. This powerhouse vocalist hasn’t been in the professional music world long, but she’s already accumulated the resume of a seasoned performer with well-attended shows at high profile venues like The Troubadour, Pappy and Harriet’s, and The Roxy, among many others, along with numerous live performances across North America and continental Europe. Her 2014 release West of the Night earned voluminous critical praise for her and the band, but the first single “Country Radio” from her impending EP Blood Like Wine promises to kick open any doors remaining closed to her. Angie and the Deserters betray no tension of a sophomore jinx and, instead, come erupting out at the listeners with a whip-smart snap guaranteed to turn heads and ears alike.

The musical muscle is quite memorable. The Deserters push the envelope on what’s, essentially, a straight ahead rockabilly tune by dropping straight up bluesy and rock runs into the rootsy stew. The flourishes seem to gain intensity as the song goes on and make a great team with Bruyere’s voice to drive the track towards a thrilling conclusion. “Country Radio” carries such a punch, in small part, to its flawless construction. All songwriting plays to certain formulas or “rules”, but the measure of your creativity within a particular formula comes with how successfully you manage to change it up in small, but meaningful ways. The unique touches of vibrato, attack, and note placement spin otherwise clichéd elements in unexpected, thrilling new directions while still maintaining a faithful connection to the genre’s core sound.

The lyrical elements are much more singer/songwriter oriented, in terms of intent, than purely ornamental. Many efforts in this vein search for merely serviceable lyrics that give the singer something percussive to work with but say nothing in particular of substance. “Country Radio”, however, turns phrases eloquently and blends the specific with the general quite well. A brief perusal of Bruyere’s influences alone should lead everyone to expect this turn. This isn’t a performer or band content with merely regurgitating tired traditions with the hopes that their youth alone breathes new life into them. Instead, lyrics like this reveal songwriters revealing themselves and longing for a connection to their audience.

The rhythm section is understated, but solid. If the mandate was to keep things simple, they divined the true meaning behind that statement. The Deserters play close to the bone like Hemingway wrote – to clarify rather than clutter, to bring immediacy to the audience. There’s a reason why they call this music Americana. Angie and the Deserters reach back to an earlier time on songs like “Country Radio”, but they aren’t museum pieces. Instead, these young performers have co-opted a far from tired art form and enlivened it with their own hot-blooded imaginations. This is a memorable release by any standard and bodes well for the band’s coming new release.