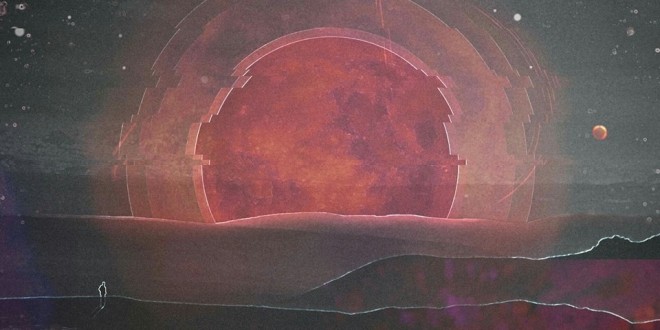 Florida based four piece Reverist is a reminder how the tides of public taste rarely constitute a valid aesthetic judgment. The band’s material is certainly much more reminiscent of alternative bands from the 1995-2000 period, perhaps a bit noisier, than pop rock outfits of today. The band’s press material draw comparisons between Reverist and popular new bands like The 1975, but Reverist’s roots run in much different directions. Strip away the sonic pretense and you’ll hear a straight-forward, melodically outstanding rock band with a positive message behind their work that should find broad based appeal.

The shifting tempos and fluid synthesizer textures of “Superhero” gain a tremendous amount of urgency from drummer Steve Addington’s steady backbeat. The chief distinguishing feature of the song, however, isn’t the percussion, but instead are the track’s varied melodic strengths that morph as the song goes on. This reaches its zenith during the bridge when the instrumentation falls away except for Omar Qazi’s appealing vocals and beautiful piano. Guitar figures much more prominently into “Machinery”, but the guiding instruments remain synthesizer and drums. Addington is key – he’s a rock solid percussionist capable of laying down a straight ahead groove or playing with tremendous swing capable of hooking any listener. This is a much stormier track, in general, and Qazi’s voice must rise to the challenge of overcoming the clatter to be heard. He does so marvelously and turns in a rousing performance. “About the Past” is probably the album’s simplest tune, but it starts coming at the listener from the first note and never relents. This is diamond-hard dance pop, but never worry that their aims sabotage any chance of the lyric sporting actual thematic substance. The lyrical content remains eloquent despite the track’s sound.

“They Are Weak, But We Are Strong” is probably the EP’s closest moment to outright rock, but the band’s pop leanings never desert them entirely. Stripped back melodies weave around the track’s hard hitting march and the spaces created help ratchet up the tension. It’s the EP’s best song for pure dynamics – the song generates considerable drama before its conclusion. The title cut, “Dreaming Onward”, alternates between massive synthesizer flourishes colored with glimmering piano lines and leaner, simmering verses. The choruses are among the EP’s strongest moments. Reverist achieves a real power with this final musical statement and fully realizes the potential of the moment.

The positive message underlying each of these five songs isn’t Pollyanna cheerleading for an idealistic world; it’s full of hard won wisdom and an ultimate, unshakable sense of life’s value. Reverist is clearly pursuing songwriting and a musical future of dreaming onward – their songs are infectious musical fun filled with the love, fires, and furies of our everyday lives. This is a band far too big for the limited borders of Orlando or any other city in the United States. The vision evidenced on Dreaming Onward cuts across lines and deserves its moment on the global stage.