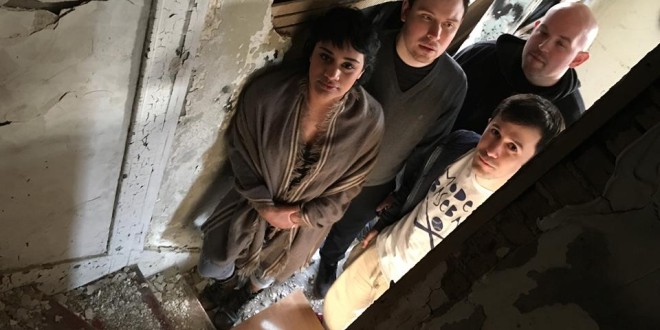 Album Review. My Friday Anthem: Way To Be

My Friday Anthem’s recent release Way To Be feels as if you are listening to two separate albums with the rotating lead singer roster of Ryan and Talia Knight. And while it is not the most cohesive album in existence, it sure is fun to listen to.

“Mellowing” sees Talia taking the spotlight in a psychedelic, 90s grunge sound that leans heavily on Talia’s sweet and crisp voice. The instrumentation itself has a rock edge to it that laces and connects it with the rest of the album. Though it is a change of pace from the more harsher and in your face attitude that the LP mostly exhibits, it is on Talia’s songs where the record really shines. It is no wonder that the song is titled “Mellowing” as it is a track that one can simply close their eyes and drift away to. There’s also an experimental aspect to the tune as President Nixon’s voice from the Watergate scandal is heard right before the song closes adding a rich texture.

Talia once again takes center stage on “Silver” and this time she expresses a lullaby quality to the song, like a gentle breeze blowing across the grass. It sails along effortlessly and is one of the most polished songs on the entire record. It is reminiscent of a type of track that could appear on the cult favorite television show Twin Peaks both innocent and haunting at the same time. Like so many of the tunes on this album the lyrics are very hard to make out and that does take away some of the substance, but on songs like this where the melody is lush and the lead singer’s angelic voice takes over it doesn’t really matter whether one knows what exactly the song is about. Just let the music carry you.

“Untitled 5.10.15” sees Ryan Knight taking back the lead, and the lyrics are actually clear here as he sings “everything I do is always wrong/even all the words to this song/still hear me out.” It retains that 90s grunge feel but is a bit more smoother in its execution and that is mostly attributed to Ryan’s clean voice. This is a song that really does take the bare bones approach which is refreshing on this album which mostly has an aggressive tone to it and it matches the content of the track. At over six minutes, and with some repetition in the verses, it is delivered in such an exquisite manner that one hardly notices the length of the song at all. It does start to crash with a cascade of sound halfway through the song, but it only serves to enhance the already intimate feelings.

Another gem on the album is “Way To Be” which is barely two minutes long, but it certainly leaves an impression on listeners. It has a gentle instrumentation introduction with a good mix of grungy rock that is so satisfying that this track could be entirely instrumental and still make a big impact. Ryan’s vocals are mellow but one can still hear the passion in his voice and it leaves the audience wanting more which is never a bad thing.

There are some songs that don’t quite hold up like “Jaded” in which the loud instrumentation drowns out Ryan’s voice, “Syringe” which gets a little too scream filled for this reviewers taste and the odd “Self Inflicted” which with its spoken word delivery and too hard of an edge sound feels slightly out of place on an otherwise good album. Yes, as stated before, there is a lack of cohesiveness to the album, but putting that aside My Friday Anthem have done a great job of showcasing their talents and versatility on Way To Be.

Tags Grunge music my friday anthem way to be