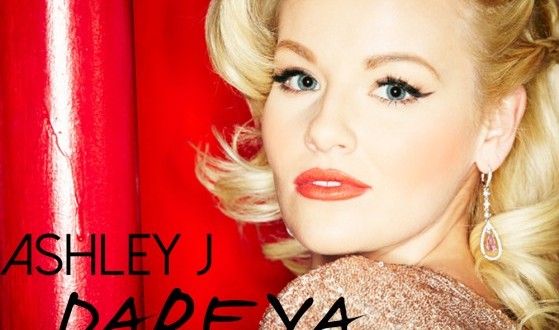 Growing up in Orlando, the multi-talented singer/songwriter held her own with her four brothers and friends by achieving a Black Belt in Tae Kwon Do at age 5, and First and Second Degree Black Belts not long after. When she wasn’t training with her brothers and father, she was off with her mom to ballet classes. In her spare time, she was found writing song lyrics on her bathroom wall that her parents had to continuously repaint. Later attending the Dr. Phillips High School of Performing Arts in Orlando, she scored leading roles in theatre, dance and musical productions.

This single is incredibly packed with variety. I’m not the biggest pop lover, but this isn’t just pop. It’s everything from gospel to country music with a very pop driven vocal. Ashley J has a lot of different influences and it comes written all over her songs. But the main force comes out pop, although it’s not all she manages to accomplish in just one cut. But I have to admit at first I didn’t know what to think because it’s not altogether my demographic. But alas, it has been in the past. But this isn’t your Janet Jackson style hit either. It’s as wholesome as they come, yet still has enough attitude to compete on that level. I’m not comparing her to Janet, but I might to some other pop artists. But I might repeat myself when I say she’s got everything a pop artist should have. From great songwriting to performing and looks.

She blows a few away I can think of, who’ve come and gone like hotcakes. When you can inspire anyone, you know you have a winner of a tune to spread around. This song is just that ticket and then some, where everyone comes out on top. It starts off by observing and then gets into improving yourself. This isn’t something you just come right up with. It is a well-crafted track that contains massive heart and soul. There is nothing too repetitive about it, as it has just the right timing at every turn. It’s about taking chances to get motivated to be yourself with all it takes. There is a little bit of everything to Ashley, as she goes beyond her country background, to cover the vernacular. It’s a load of fireworks and promises a future for the positive thinker. Not only can you dance to it, but it’s good for the car, jogging, or just relaxing.

Some people need a kick start and this is a good way to get one, with all of the bells and whistles. She has a wide variety of influences, ranging from Celine Dion, Whitney Houston, Christina Aguilera and Michael Jackson, to Johnny Cash and most of all Dolly Parton. Now that is a list I anyone can work with. And if I were to nail it down to one in this track it would probably have to be Whitney Houston. But she is a different animal all herself, with the same qualities of such an artist in the pop sense, but also not without plenty of soul and R&B influence herself. I could use at least another minute or two, not being the biggest digester of pop, which is why I like longer songs. But the mention of soul is a serious one, because as lightweight as things are with this song, she has a depth that completely outweighs it at the same time.

She has been doing stuff akin to this, so it’s nothing new to her but you do get a lot of variety within the confines of pop, that’s for sure. But I have also been getting so many singles to review lately, even if from albums. A lot seem to want to want singles reviewed. This starts to mush after a while, but you can also always spot a good one from the rest. Most of which are of the usual quality and variety. There is a classic touch to Ashley, and it’s got to be a southern thing she brings to the table. As much as I hate to sum it up, I also don’t, because it doesn’t change the music any. It’s just a quality you don’t get everywhere. I’m a lot more into country than the bulk of today’s pop. So, it’s nice to hear it contained without dominating the entire arrangement. This is something anyone can dance to, or not.

It’s also something any pop/rock/soul/gospel and country music lover can relate to. In-fact I’d say anyone can. I mean there is nothing offensive to be had about Ashley, and she knocks it out of the park on this single.